Foreclosure time lines and an abundance of distressed home sales are causing wide fluctuations in shadow inventory across the country.

The National Association of Realtors released state-by-state data on shadow inventory Monday, calculating the data in relation to distressed property sales. On the whole, Capital Economics estimates there are 5.3 million homes in limbo between foreclosure and the sales market.

Standard & Poor's states it could take up to 49 months to clear the shadow inventory books. However, the NAR numbers indicate which states are in better shape to unload these properties based on the respective proportion of distressed sales.

NAR attributed growing shadow inventories to the ramifications of recent disruptions to foreclosure time lines. Some states are having more trouble than others in moving these properties into foreclosure. For example, a mortgage in Florida is delinquent 638 days on average, the second longest time line in the country. The only state that tops that is New York where the average loan is delinquent 644 days before its cleared through the foreclosure process. New York currently holds the fourth largest shadow inventory of 107,500, according to NAR.

NAR reported that the length of the foreclosure process in Florida and California jumped 156% and 157%, respectively, since 2008.

Still, two states commonly seen as poster children for the foreclosure and housing crisis are faring much better in terms of clearing out shadow inventory. Nevada and Arizona both rank in the top 26 states with the largest shadow inventory. However, among those 26 states, they rank 11th (Arizona) and 16th (Nevada) for their level of shadow inventory, behind many states that are supposed to be in recovery, including Texas.

"This is largely due to their shadow inventory moving somewhat faster through the pipelines and comprising larger share of existing sales," NAR said. Distressed sales comprised 69% of existing home sales in Nevada in the fourth quarter of 2010 and 55% in Arizona.

wow!  thanks for the numbers, but it sucks for me to be in florida with a shadow inventory as such!  oh well, better get used to working with foreclosures! 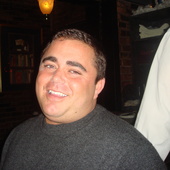