They weren’t favored and they had a huge task in the semifinals, but the North Idaho College women’s basketball team from right here in Coeur d’Alene, dug deep for strength, overcame the obstacles, and won the National Junior College Athletic Association’s National Women’s Basketball Championship March 19.

NIC, made of players from around this area – breezed in their first two national tournament games, then were faced with the huge assignment of playing against No. 1 ranked and unbeaten and favored Pensacola, FL Community College in the semifinals. NIC played at its best and won 90-75, handing Pensacola its first loss in 30 games.

In the championship game – against Trinity Valley Community College from Athens, TX – weary NIC gave it all they hand and came away with a superb 90-81 victory, snaring their first ever National Championship.

NIC sophomore Kama Griffits, was named the Most Valuable Player for the tournament, and Coach Chris Carlson, was named Coach of the Year.

Lots and lots of fans accumulated in front of the NIC gymnasium on Sunday, March 20 for the welcome celebration of the National Champs, and then filed inside to the gym to hear from the players and coaches. 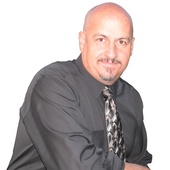