Below are some stories from other people who have used Stop Foreclosure Institute Members to short sale their house.

We built a house ourselves and got into a situation with a sub-prime mortgage. We were being foreclosed on. I received an advertisement in the mail. When you go thru a foreclosure, you're so upset and you look for any way out. The letter was so defining, it laid out all the aspects of what you could and could not do. We gave them a call. They stepped in and helped us through. They showed us what we could and could not do. I basically thought we were going to jail. They made it easy.

They have been very cordial in understanding our emotional attachment to this. They explained everything to me. It wasn't something like I had to guess. When I was upset or mad (not at them, but at the bank and the situation), they calmed me down and they were great. They helped us through a very difficult situation, which I don't want to see anybody go thru. But, should it happen, I highly recommend them.

When this happened, we didn't know what to do. When this happened, we didn't know which way to turn. I got on the internet. I looked for answers to get us out of our situation. All I found was different people trying to sell you something. They say, "For $1,000 we'll do this", or "For $500 we'll do this." We actually sent $1,000 to a guy to accept a loan modification. However, they came back with a $200 increase in the payment. We couldn't afford that. When we got their letter, it explained everything. They made it so tolerable. The letter said that we could survive through this, that there is life after this. We can't recommend them enough. They are genuine. When you have a question you call them and they give you the answer. -Richard Groom

We bought a house for investment right at the market's peak. We then had two mortgages that we weren't able to afford. So we had to short sale the house. You gave us a timeframe that you were going to be able to do the short sale. We thought in our minds that it was going to happen a lot faster than it did. But, you stuck at it and kept in touch with us every week and let us know what progress you were making and what was going on. The short sale did take a long time, but you didn't give up and we don't have that mortgage anymore.

It feels great. It feels like a huge, huge weight is off of our shoulders. We can breath and can now make our financial decisions based on a release of debt. I am in sales and being able to do what you are telling your customer you are going to do is huge. That is it. If you don't do that, then you're not a professional. You did that for us. You told us your were going to short sale the home and you did, regardless of how long it took you.

The relief was huge. I was able to focus back on my job and my children. An attorney friend of ours told us that most short sales don't happen. I think he said the number 80% to 85% don't happen. I freaked out and didn't think you were going to be able to get the job done. My house is taken care of and is sold. -Juliana Beville

The housing market has sucked for a couple years. We were trying to keep up with the McMansions. Times hit home and the best thing besides losing your house totally is a short sale. your credit can be repaired in a short amount of time and you can get back on track and start again. It beats being foreclosed upon or going bankrupt and then you're looking at years of hardship or recovery. My advice is when you come upon a situation where your house is not worth as much as you can sell it for is to look into a short sale.

I'm not the most trusting person out there. I was skeptical of the plan they put out there. I've met bucu agents and seen their CAashy plan. They follow thru with it. We closed a couple days ago and it was as smooth as you could expect it. I didn't want to give them a shot. They tell you the truth and they will do what they say they are going to do. But, I would highly recommend them to my friends, family, co-workers or anyone else is in this situation.

When you're in the situation with a short sale, sometimes you can't make that monthly payment. This is a huge burden off mine, my wife's, and my family's back and heart. It relieves a ton of stress. When you can't make a payment, or you're behind, it becomes stressful. Don't try to hold out until the end. Get the process started and get on the road to recovery. -Eric Pugh

I bought a house with my fiance. He ended up going back home. He was the major breadwinner and I couldn't afford the house anymore. I put it up for sale and it ended up on the market for a year and a half. My previous agent was very nice, but she admitted that she didn't know much about short sales. I worked with the bank a little bit, but they put me off. I had to all kinds of crazy paperwork and I didn't know what I was doing. Eventually my lender told me that I was not allowed to list my house anymore and that I basically had to let it go into foreclosure and ruin my perfect credit.

They said "No cost to you, we can sell your house." I thought they were full of it, but I found out they weren't. They sold my house and I didn't lose a penny. Of course, it did affect my credit a little bit, but nothing compared to a foreclosure. I definitely recommend them and think you should use them when you can. -Jennifer Hoover

We found ourselves in a pretty sticky spot. We bought out house at the wrong time and we were about $80,000 upside down. That was strangling us. We put it on the market to no success until we got them involved. They got the banks to take a fair amount and everything went great. Kept us in the loop and got our house sold.

It's just the biggest relief. Being in financial trouble is just one of the hardest things any family can endure. Getting rid of that is getting rid of a ton of weight. being able to move on and build a new life. They were true to their word. Every time they said they would be in touch with us they were.

I'm in sales myself and obviously there is a temptation to oversell and sell more than you could deliver. That is far from what I experienced with them. They under promised and over delivered. I was very happy with the service. I could tell that they were making things happen that are difficult for most people. They are able to navigate thru the system already. If you were my friend I would recommend them to you. -Kyletian & Lindsey Jorn

We were very happy that they were able to move the property at a time that was very crucial. We hired someone to sell our home that didn't know what they were doing. They were new to the business. but, then when we hired them, it was amazing. We really appreciate all that they did for us.

But, we received a CAyer and were very skeptical. We had been burned several times. We took a chance. Everything that they said they would do, they did. We would recommend them. I'm sure there are others out there that are facing crunch time in terms of moving a home. They came thru for us and we would highly recommend them. -Mike & Melinda Monaghan

As everyone knows, times are rough these days. My wife and I got caught in a bind. In the beginning, we thought we could save the home. When we called the bank to find out our situation, we learned that we owed $360,000. We learned that there was no way to save our home without owing thousands of dollars.

We walked out absolutely debt free. The bank took $160,000 off our payoff on our house. By the time we found out that we were getting out without owing any money whatsoever. Do the math. We managed to save over $2,000 a month. We got a nicer house with a pool. The kids love it. We are absolutely in heaven. This was the best move we ever done. Being that my wife has a finance background I know that in two years we will be able to get back on our feet and buy another house.

I can't say enough about them. They were absolutely outstanding. They took care of everything. We just had to sign our paperwork and walk away owing zero. If you are ever think about doing a short sale, give them a call. They will walk you thru the steps and take you right out of your debt. 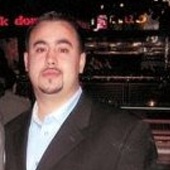