The greater Roanoke real estate market has continued to experience mixed trends compared to February of last year, according to The Long & Foster Market Minute® reports. Though the region continues to have a significant amount of inventory on the market compared to a year ago, homes are selling faster in some areas and some regions saw an increase in the number of homes that sold in February.

The average number of days a house remained on the market before going under contract varied throughout the region, and the data indicates most of the region experienced a decrease in days on market (DOM) in recent months and compared to year-ago levels. In Bedford and Franklin counties, DOM decreased 30 percent and 29 percent compared to the same month in 2010, respectively, to 106 days and 109 days. Houses in Roanoke County and Roanoke City are selling, on average, in about three months, as February's data indicates DOMs of 98 days and 83 days, respectively.

"Consumer confidence in February was at the highest level we had seen in about three years," says Jeffrey S. Detwiler, president and chief operating officer of The Long & Foster® Companies. "While year-over-year comparisons in the first half of the year will continue to reflect the pull-forward effect we experienced last spring thanks to the tax incentives, we are seeing some positive economic strides, such as consumer confidence and job creation, that are supporting opportunities for today's buyers and sellers in the residential real estate market."

"In the greater Roanoke region," Detwiler continues, "sales increased in some areas in February, and homes continued to sell in three to four months, on average. These dynamics indicate there is continued movement toward future stabilization in this market."

The Long & Foster Market Minute® is an overview of market statistics based on residential real estate transactions and presented at the county level. The easy-to-read and easy-to-share reports include information about each area's units sold, active inventory, median sale prices, months of supply, new listings, new contracts, list to sold price ratio, and days on market. Recently expanded to feature reports for more than 500 local areas and neighborhoods in addition to more than 100 counties in seven states, The Long & Foster Market Minute is offered to buyers and sellers as they aim to make well-informed real estate decisions.

The Long & Foster Market Minute® reports, available at no charge at www.LongandFoster.com, and users can subscribe to free updates for the reports in which they're interested. 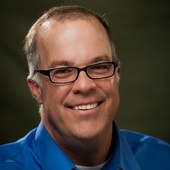 Getting the best results with the least hassle when buying or selling a home.
Visit NAR's Short Sales and Foreclosure Resource Certification