Would you buy a home in Port Hueneme. Would you sell a home in Hueneme Beach. Can you even pronounce Hueneme?

There has been some real name pain in Port Hueneme during the past week. The question to change the name of this fair city centered around changing it to either Port Hueneme or Hueneme Beach.

Port Hueneme (pronounced "Why-nee'mee") is a small seaside community in Ventura County, California, with a population of 21,845, and is located 60 miles northwest of Los Angeles and 40 miles south of Santa Barbara.

The City's name derives from a Chumash word that means "resting place". It was considered the 'resting place' between two larger Chumash settlements: today's Malibu and Ventura.

It was thought that if "Beach" were in the name, more tourists would be attracted to this small city by the shore. Others vigorously opposed it. Those opposing were in the majority and so the name change proposal has been dropped.

Those that want to keep the current name said it more accurately reflects the 'port' rather than the beach.

The port has established its presence as an important auto port along the West Coast of the United States. Port Hueneme is the only deep water port between Los Angeles and San Francisco, so it gets a lot of business for shipping and receiving automobiles, pineapples, bananas, and more.


The city of Port Hueneme may be best known today as the headquarters for the USNCBC, home of the Navy’s “Pacific Seabees.”


The recent disaster in Japan has disrupted shipping to this port, but it is also looked to as a viable passageway to get aid and materials to Japan as it begins to rebuild.

Port Hueneme is surrounded by larger cities but continues to keep its small town charm.The city also has buyer assistance programs. It has a Senior (over 55) Residential Community and near the beach condominiums.

It is a great place to live and work. I can help you with the live here part. Call me!

CHANGE THE NAME?  ARE YOU (BLEEPING) KIDDING ME?  Ok, so I'm not a Port Hueneme resident but as a Ventura county resident, I can not even imagine calling it something else.  While I do agree that the name Hueneme Beach "sounds" more touristy, I don't think it will bring in all that many more tourists so I think the results could be a little disappointing for the city officials.  So glad to hear that they're keeping it Port Hueneme - for now.

Hi Donne,
Yes, the Port Hueneme name is definitely safe now. The powers that be have decided not to change it after they saw how many citizens opposed it. Thanks for weighing in.

I lived at the beach in Port Hueneme when my father was stationed there.  Still have relatives living in Ventura County.  Even if the name was changed, it would still be Port Hueneme to me.

And welcome to AR.

Sandi...decided to jump on this post and give you a big ole' Welcome to Active Rain Welcome...."

Just hop on the train and ride along. You'll find something in every station that is worthy to learn. You can get overloaded, I know I have on numerous occasions.

But what I've learned here I could never have learned anywhere else.

A great group of people willing to help at anytime. Just ask...me included!

Thanks Mel & Gretchen,for the welcome.  It will always be Port Hueneme to me too. The base here is still a thriving community.

Thom, thanks for the nice old fashioned Southern welcome and your generous offer to help! You're right about the great group of people here- you included!

I am also here to congratulate you on your entrance to ActiveRain and blogging.  You sure know how to do it right and congrats on the newsletter feature!  Keep it up and all those good things will happen to you too.

Thanks so much Georgina.~Like you, everyone has been very welcoming and it is much appreciated.

How thoughtful of you Mary to give me that boost. Have a great week! 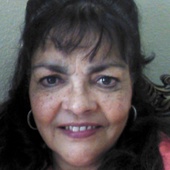