Harry Connick Jr. returns to Austin, on March 26th at 8pm, performing at the Michael and Susan Dell Hall at the Long Center For Performing Arts. Connick Jr. is a multi talented performer, who became a star by singing, playing the piano and as a bandleader. But around Austin, he is also known for starring alongside sometimes Austin resident Sandra Bullock, in the very well received Hope Floats, directed by native Texan, Forrest Whittaker. Harry Connick Jr. has played in Austin numerous times, and been known to frequent various restaurants and clubs. But the venue on March 26th will be the spectacular Long Center, which is the state of the art jewel, many years in the making.

With a throwback style reminiscent of Sinatra and Bennett, Connick Jr. and his Orchestra will certainly put on a great show, that will most certainly be the place to be this weekend. Tickets range from $49-89.

Now that is a performance I would love to be at!!!!

Scott, Harry Connick is one of my faves! Austin has such great names come and visit it seems!

That would be such a great time!  He is a great performer and a great person too!

Deborah- My wife and friends will be there, and I will of course be at home, with the girls, performing my duties as their makeshift jungle gym.

Peg- I have to give Connick Jr. some credit. He brings a good performance every time.

Kristin- He seems like a good guy, and very well thought of around here.

Scott, the building has a very interesting architectural style -- almost post mid-century/Jetsonian vibe.  Plus I've been a Harry Connick Jr fan for years.  Sounds like a good time.

If you are gonna play in Texas, you got to have a fiddle in the band...

Harry Connick Jr..... the adult version of Justin Beiber.  If I were there (in any part of Texas), I'd be there (at that concert).  Yea I know, I'm shameless, but I love Connick, Jr.

Like
#8
Sondra Meyer:
Colorado Springs, CO
See It. Experience It. Live It.

Scott, you did a great job with this post.  I may borrow some ideas from you when I do future localism posts on upcoming events.

I had forgotten about him being in Hope Floats....he's a very talented indvidual. 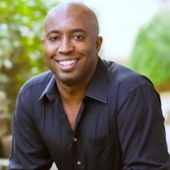