When you've been in real estate for a quarter century you tend to build up a bank of experiences that are quite memorable. I recently blogged about saving my client's child from being attacked  by a ferocious dog. (Yeah, I'm Mighty Mouse, here to save the day). Well, heres another story that has become a legend in my local board of Realtors. Now I'm sharing it with the world... and theres a lesson to be learned too.  So gather round and pull your stools a little closer to the fire and listen to this: I had a call from a couple who wanted to see one of my advertized listings. I met both of them at my office and from their appearance I guessed that their combined weight was easily over 800 pounds. The husband was slightly larger. I showed them houses all  saturday afternoon  and they didn't like anything. I asked if they were free to go looking on Sunday?  They replied that the husband could not go, but that the wife was able to go. Fine, I made some appointments  and  it was just she and I. We went in my car. I had shown her several houses and we had one last house to see. I remember it was a nice "Cape Cod" type home on the west side of Shreveport, Louisiana. It had a nice fireplace and polished hard wood floors. It was a one story with a staircase that led to an attic that was partially floored. I groaned  a little bit when I saw my extremely heavy client headed up the staircase.  The attic was a fairly decent size and it had those fake dormer windows that give the appearance that theres actually a  second floor to the house.  As I said earlier, The attic was partially floored but there was a 2 foot area all along the perimeter of the flooring that was just sheet rock. I took note of it and I assumed my 350 pound client also saw it.  Suddenly, she went over to one of the attic dormer windows and tried to peer out to see what kind of view there was. She stepped off the floored portion of the attic onto the sheetrock. BOOM, CRASH, down she went. Through a miracle she had gotten a finger nail grip on the ledge of the dormer window and utterred "HELP ME"! I moved as fast as a human could and stretched my arms around her wide torso and lifted her up out of the hole in the ceiling, (through which half her body was dangling) and set her fanny down on the floored portion of the attic. We were both huffing and puffing and in total shock from having a near death experience.  Both of our nerves were frazzled, but thank God she was OK.  I called the other listing agent and told her what had happened. She told everyone in her office. She put me in touch with the owner of the home and I paid his handyman to repair the hole in the ceiling. After saving my client's life I had bonded with both her and her husband and  within a week I had sold them a house, but not the house where she had the mishap. The lesson to be learned from this near catastrophe is two fold, 1. Don't go into unfinished attics if you don't have to and 2. Don't assume that your client see's the same potential danger that you see. Speak up and warn them of dangers that appear obvious to you, but might not be so obvious to them.

You are always going to lose a little in translaction, I cannot imagine what it was like to witness that.  I have learned listen to your intuition and communicate if you get a gut feeling that something with this picture needs some more input.

Ha!  Love the story.  It's true, most people aren't house-savvy and don't know that drywall is not flooring or weight bearing.

Mary, My heart was in my throat as this very heavy lady went throught the ceiling. Through some adrenaline rush I was able to keep her from landing on the first floor. It seemed like everything was happening in slow motion, but it probably all happened within a second.

Not sure if I was suppossed to laugh with that great story but I did so.... THANKS!! I've always thought it better to state the obvious.... As you've shown, it can help.  So glad you quickly found a home for them & all ended well!

Ann, thats exactly the case. "WE" all know that you can't step onto the drywall section of an attic, but we can't assume that everyone else knows it too.

Thank heavens you were able to help your client before she was seriously hurt!

You make a great point in your story...never assume that others see what you see.  It's always better to state what you know could be a hazard before something bad happens!

Suzanne, You've got to treat your buyers as though they were children... "Don't pick up that wire, it might be hot and you could get electrocuted". Unsophisticated people are liable to do anything and it's our responsibility to keep them safe.

Tom: Just read the 'ceiling story' and my vivid imagination painted pictures of you and your large client in that attic!  Valid points were made in last sentence of story....especially about not assuming your client seeing the same situation as you do.

Tom--It is a little disappointing that your client didn't offer to pay for the damage she caused, but you were definitely Prince Valiant!

Haha Pat, Prince Valiant? Don't date yourself now... he hasn't been in the Sunday Comics for 40 years!!! hee hee :-)  Actually I was more of a combination of Mighty Mouse and The Flash.  "Here I am to save the Day, Mighty Mouse is on his way"!  I'd love to see a retro video of the late Andy Kauffman singing the Mighty Mouse theme song. It was absolutely hilarious. I think he performed it as a guest on SNL. Too bad we lost him. he was a great talent despite being certifiably loony.

Tom, you are a wonderful story teller. Perhaps you should write down all your unusual experiences, and it seems you have your share of them, and publish them. I can even see your last story made into a Hollywood comedy.

Thank you for your comment on FSBOs. I may re-consider my desire to leave them after reading your comment and many others advising me to try again. Have a great day. 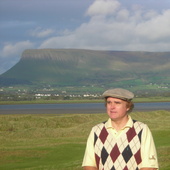