With houses remaining unsold for months -- even years, in some cases -- it's clearly not a good time to sell your home.

But if you're planning to sell soon despite the market conditions, how can you help your home stand out from the crowd?

Upgrades and renovations can make all the difference to a potential buyer who has many homes to choose from, experts say. With the recession keeping many people from spending on home improvements, now might be the perfect time to find a great deal.

"A lot of the big remodeling jobs have gone away because people are not sure about the economy, so they're just waiting," says David Lupberger, home improvement expert at ServiceMagic.com, a company that connects homeowners with home service professionals. As a result, "a lot of good contractors are available."

Contractors are ready and willing to do the job, and many can be hired at a discount right now, Lupberger says. "It's a matter of supply and demand. These guys have been used to doing one or two $300,000 projects. Those projects aren't around, so now they're doing the $25,000 projects, the $50,000 projects, and pricing them very competitively."

While deals will probably be best in areas of the country hit hard by the real estate downturn and a worsening economy, it doesn't hurt to get quotes from several contractors no matter where you live, Lupberger says. Also, be open to different types of offers. For example, one contractor could charge $5,000 less for one particular job, while another might tack on an extra project for free if you spend a certain amount of money with his company.

Getting buyers to buy

For those planning to sell a home in the near future, getting a deal on costly renovations can pay off yet again when they sell the house. Some remodeling projects not only add to the home's value, but they give prospective buyers more incentives to buy in the first place, particularly in a competitive market such as this one.

"Many buyers judge a house by its exterior," says Walter Molony, a spokesman for the National Association of Realtors. So it's little surprise that among the home improvement projects most appreciated by buyers are midrange wood deck additions and siding replacements, according to Remodeling magazine's 2008-2009 Cost vs. Value Report, which looks at the return of investment for various remodeling projects. Owners who put decks on their homes recouped 81.8 percent of their money, and siding replacement projects gave homeowners 80.7 percent of a return on investment.

Another type of project that paid off for homeowners: "Midrange kitchen remodels, which are often valuable projects in terms of resale," Molony says. According to the report, minor kitchen renovations netted a 79.5 percent return on investment.

The projects that added the least value were those appreciated only by select groups of people, according to the report. Home-office remodels and sunroom additions scored noticeably lower because such features don't appeal to all buyers, as a remodeled kitchen or bathroom would. Homeowners who remodeled a home office recouped only 54.6 percent of their investment; those who added a sunroom saw a return investment of 56.7 percent. Another project that scored low, recouping only 57.2 percent of its value, was adding a backup power generator, a feature many homebuyers likely will find appealing, but not worth tacking money onto the sales price.

While certain upgrades and renovations always make a difference with buyers, the real estate downturn has negatively affected the value buyers place on many projects. In fact, most projects pay off less today than in 2007, the report shows, with the exception of a few, such as an upscale bathroom remodel. However, according to Sal Alfano, editorial director of Remodeling magazine, the rate at which the value of remodeling projects declined slowed this year compared with the last report in 2007, suggesting that the remodeling industry might have hit its bottom.

When considering renovations that pay off, the money you can make when selling the house is only part of the story. When you make certain improvements that increase your home's energy efficiency, you could be eligible for a tax credit as well.

These improvements will also pay off in energy savings, and any home that has energy-saving features is bound to be a hit with cost-conscious buyers, Lupberger says.

Even if a remodeling job you'd like to do isn't popular with buyers or if you don't plan to sell soon, you can take advantage of the market to make home improvements for your own enjoyment. You could also benefit from waiting to sell your upgraded home in a better real estate market for sellers.

"There are two ways to look at it," says Lupberger. "One is the return on my investment. That's a financial calculation. The second calculation is what you enjoy. Ideally, a good addition accomplishes both. There is something you enjoy and at the same time, you get a return on your investment by making your home more saleable."

Of course, other factors also come into play when a buyer decides to buy a house, Molony says. "The home's overall condition, availability and condition of surrounding properties, location and regional economic climate are all factors that influence value in real estate."

The bottom line is buyers pay for what they like. By making renovations that will appeal to the broadest range of people -- yourself included -- you can make the most of your home while positioning it as the one buyers want to have no matter what the market is doing.

Hi Todd, I just recommend what will work best..and it is different for each listing so we have to be  very flexible..

I've seen toomany houses that needed $2000 in upgrades but they chose to drop the price by $50k instead. Weird how they lost money because they didn't want to spend a little. 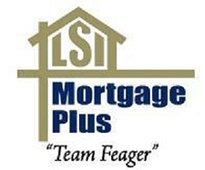