When I first moved to Richmond, a long time ago (nevermind how long!) I went for a bike ride with some friends along the dyke path along the south arm of the Fraser River in Richmond. At the time, there was the old Steveston fishing village (not the trendy shops and eateries that are there now), stretches of farmland and vistas of unadulterated coastal edges of river where young lovers parked at night and small spontaneous car parties erupted on Fridays and Saturdays. Garry Point was a basically an unreclaimed sandspit for riding dune buggies. Directly across the way is the shoreline of Ladner and Westham Island.

Tucked in about the middle down the between Garry Point and the Deas Island Tunnel (my landmarks) is Finn Slough. For years it reminded me of a land that time forgot given the untouched charm of history, old homesa fishing life and outbuildings that still, to this day remain there. I spent a few years in the early 1980's fishing commerically out of Steveston and Gibsons. Finn Slough has always made me think of how life may have been for the old fishing communities along the Fraser. A few times, every year, I still like to take a walk there and talk to some of the residents.

Nowadays, there's a dog park right beside the little village and a few resident swans. The drive is no longer gravel but paved from No. 5 Road to the end of the village. I still find it fascinating! Below is an article I found the gives a brief history of this little hidden area. For more photos, visit my Facebook Page at Jan Rankin, Thinking About a New Nest. A SMALL HISTORY OF FINN SLOUGH

In the early 1890s a group of Finnish people arrived in south Richmond and bought land at the junction of #4 road and Finn road where these two roads meet Green Slough (now called Woodward Slough) At that time south Richmond had not been cleared, it was still dense forest containing the kind of conifers that like to get their roots wet. These Finnish men had worked as coal miners and loggers to save the money needed to buy the land and they wanted land that had access to the Fraser River so that they could work as fishermen. The dykes in Richmond were hand built and extended up both sides of Woodward Slough and past #4 road. There was no dam at the south end of this slough so it was easy for the Finns to take their boats up to their houses on what was called "Finnland Road". One of these pioneers Mike Jacobson floated two scow houses up to the acreage to house his growing family. All of them, the Eldstroms, the Ingstroms, the Haasanens, the Manninens, and the Robinsons, started clearing the land, putting in crops, and building fishing boats so that they could harvest a share of the incredibly rich salmon runs going up the Fraser River. One of the first and most important buildings put there on Finnland road was a sauna. As Jack Jacobson said for the Finns having a sauna was a kind of religion. After a day of fishing you could get clean by taking a really hot sauna and if you felt tired before then you felt revived afterwards.

The dykes did not really keep the river off the land and often the chickens had to find roosts on top of the chicken houses to escape the flood tides. The first houses the Finns built were on pilings to protect them from these high tides. Some of the big farmers of the area wanted a better dyke system to protect their fields and so Thomas Kidd led a move to block off both ends of Woodward Slough and use it as a drain for south Richmond. Not everyone thought this was a good idea, at least one farmer, John Donnelly, tried to stop Mr. Kidd and had to be compensated for loss of a transport route. Most of the Finns would not have been able to read the notices in the Royal Columbian of these intended changes; even Ottawa did not think Mr. Kidd had done a proper job of consulting the landowners. In 1900 he had a dam built at the #5 road end of the slough and a floodgate built at what is now the pump house at the south end of Woodward Slough.

As a result the Finns were forced to find another place to moor their boats and to set up their bluestone tanks that they used to clean their linen nets. They needed net rack floats to dry the nets and net sheds to store those nets as well. Number 4 Road did not go all the way to the south dyke in those days; there was only a foot trail up to Finnland Road. What roads that did exist then were plank roads laid on the surface of the bog but #5 road was the road that went down to the South Arm and the Ladner Ferry.

It was a logical choice to start using Tiffin Slough (now Finn Slough) as a safe harbour. It was as close to their land as possible in the circumstances and there was enough room to create a real community of Finnish fishermen. Word got around and cousins, uncles, half brothers, even a grandfather came out from Finland to work in the new country. This was at the same time as the first Finnish settlers were arriving to set up the community of Sointula on Malcolm Island; it was all part of a move to get away from the poverty and repression of the Russian empire in Finland.

By 1910 there was a solid group of fishermen here at Finn Slough mostly related by marriage and all Scandinavians of one sort or another. These newer people had not come with the same savings as the original settlers and most land in this area was traded in very large parcels so they built float houses or if they were bachelors they often slept in their net sheds or lived on their boats. Finn Slough was a remote place in those days it would take a whole day to go one way from Finn Slough to Vancouver. Downtown Richmond did not exist and Steveston was well known as the fisherman's version of the Wild West.

All fishing was done by muscle work alone. They had to row their boats out to the fishing ground, set their nets, and pull them back in by hand. One old Finn talked of how long it could take to straighten out your fingers after a day of pulling on net lines. Even so the harvest was so rich that the canneries in Steveston could not always keep up with amounts of fish the Fraser River fishermen were bringing in and in those days Steveston was nothing but canneries, dozens of them.

By the late teens and early 1920s fishermen were adapting gas motors to drive their boats and the Easthope and Vivian companies were building those motors that had a distinctive put-put sound that could be heard up and down the river. The community on Finnland road would dress up in its best once a week and take several boats either to Steveston or to Ladner or even to New Westminster to buy the weeks supplies and sometimes have a picnic on one of the river islands if the weather was good. In 1931 a Malcolm Islander, Laurie Jarvelainen invented the first powered gillnet drum and built it out of yellow cedar. Now fishing could be done more quickly and this revolutionized the fishing industry on the coast.

The Huovinen brothers arrived at Finn Slough after having spent time living totally broke in the abandoned car dump at False Creek. The outside world was going through the worst depression ever but here they could make do. They bought boats and put old Ford engines in them.  Kaarlo had several engines. He could buy them for two dollars a piece and said there was always a way to keep them going.

However life as a fisherman was never easy. George died at the age of 39, John died at age 50, only Kaarlo made it to old age.

In the 30s Finn Slough became one of the strongest locals of the fisherman's union, the PCFU that later became the UFAWU. Sometimes there were over 40 boats moored at the slough and this was the beginning of the busiest decade for this fishing village. It was also home to more ‘outsiders' who didn't speak Finn, but who worked alongside the 2nd and 3rd generation of the original settlers. Some of the young boys would learn fishing on their parents' boats first and by 15 would have their own boats and be fishing alone. The slough was not so isolated anymore though you still could not drive a car down the dyke you could park your old model T at the foot of #4 road.

So much has changed since then. The 1913 slide in the Fraser canyon was a marker for the impact that men were having on this eco system. Logging took over from fishing as the main industry here and in doing so hastened the decline of salmon stocks. Organizations like the North Fraser Harbour Commission encouraged the mill industry in the Fraser River and they received a tariff from every log that went through their jurisdiction. By the late 40s the mills were often going non stop and the tugs would be hard pressed to find a place to tie up their log booms.

Even that industry is on its last legs now. What we are left with is a memory of how things were and Finn Slough is an important three dimensional, living, part of that memory. The village developed without the organization of property boundaries, city ordinances, provincial regulations or any governing body. Even so it has been an example of how a community can be carefully built and self regulated to work in harmony with the environment and having as little impact on it as possible. The village is not only a historical artifact it is also an example of a possible way forward to find more creative solutions to the present destruction of the Fraser basin by non stop urbanization. Groups:
Canada, eh
Diary of a Realtor
Posts to Localism

Thank you for sharing

Hi Lew - If you come back to this, there's a lot more photos on both my Facebook business page. I'm so glad someone found this and enjoyed it. I love that I still live here and like you lived in the "monds". You should see the price of real estate there now!!! Happy Easter. 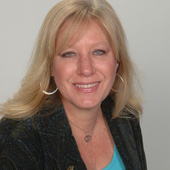 ActiveRain Community over 11 years ago
bookmark_border
When spirit gets inventive! News clip of the day.
View more Recent Posts   arrow_forwards