Last week, a hacker got into my email account on MSN... This hacker made my life miserable for a week.  He/she got my address book and emailed the people in my email list.  The email subject said URGENT and said it was from me.  So, people opened it thinking it was from me.  The email said that I had to make an unexpected business trip to London and that I was in trouble and to please send me $2800.  They had my phone #'s but inverted the numbers.  If you called that number you got an answering machine.  Most people recognized it as a scam, but some did not and they were soley concerned for my welfare.  I was locked out of my MSN account because the hacker had changed my user name and password.  I was able to get in once and change the password, but the hacker was having all of my email forwarded to him/her.  So, it was only a matter of hours before the hacker was back into my computer again!!!

My frustration level was growing at a rapid rate along with my blood pressure.  I called the Simsbury Police Dept. to report this issue, but there wasn't much they could do about it.  They recognized it as a scam and told me that the hacker was from out of the country.  Even though the Simsbury Police couldn't help, I felt better just telling them about it.

I finally called my computer guy Mike at Click.  Mike is an absolute genius with computers.  I cannot tell you how many times he has saved me.  He spent the morning with me on Friday and managed to move my email account to a place where I hope it will be safe.  I am telling you all this because I want to make you aware of the scam that is going on.  If you get an email that says URGENT, DON'T open it!  I also understand that there is another scam that says you can get a free ipad.  So Beware!

I lost several days of work because I was not able to communicate with my clients by email.  It's a very helpless feeling to not know how to stop something like this.  Thank goodness for Mike.

It's difficult enough dealing with a virus, but even more devastating when it invades your privacy as well as that of your email contacts. I'm glad you got it sorted out, and thanks for the lesson shared.

Sorry for your troubles... thankfully you had your computer guy to fall back on when it got out of hand...

I'm so sorry you have to go through all that. Hackers seem to be everywhere lately... our website was hacked twice! I was so glad to hear it's working out.

Had a similar problem with a hotmail account.  The worst part is that it hijacked my entire email list and as a result, many of the people in my address book won't open any email I send.  Ouch!!!

Did Mike share any advice that might be helpful for us??  Sorry to hear this, and scary.

Wow, this is horrible. Sometimes Anti virus's can't get them all. Sorry that happened to you.

Wow that is horrible. I hope everything is all back to normal by now!

Bobbi, I've heard of this scam and the free ipod one. Sorry this happened. I'm thinking about using hushmail which is free for minimal storage, and it is supposed to be far more secure preventing hackers than most email services. I wonder what your computer guy thinks of hushmail?

I had that happen from my Yahoo account. Fortunately I heard about it half an hour after it happened. Sent every one an email from anotyhher address asking that they not open emails from the Yahoo Account. Then deleted by entire address book on Yahoo.

I have had problems with being hacked as well in the past - don't know how these idiots manage it!

Passwords are for granted . . you should have at least a number and a character

They have programs on the net where they can guess your password in minutes. .

All these people out of work in other countries and with so much time on their hands looking for money to eat. .

I Really Want To Avoid Hackers On My Email Account_7

what a pain. hackers have gotten so bad these days that I wont even open emails with video attachments or forwards even from my own family before checking with them to see if they in fact sent it. I have been through what you are talking about too many times before and it is such a pain the you know what. hope you've gotten it figured out!

Same thing happened to an agent in my office. Fortunately, there too, no one fell for it.  Scary to even think about a hacker getting in...

Thank you very much for the heads up

It has happened to two agents at our office. Keep the antivirus on and updated

Bobbi, that would not be pleasant at all. I have gotten emails from people I know that have been hacked as well, but thankfully I have not had it happen to me.

I got the same from a client who was hacked, but thank god nothing came of it, but it was scary nonetheless.

That is a nightmare! I agree with Steven, the first thing to do is change your password so that they can send out anymore spam from your account! I'm glad your computer guy got everything working again.

There's another scam going around to confirm a UPS shipment.  If you open the attachment it contains a virus.  The only good email I received was from a Nigerian princess that is going to send me $50,000,000 for helping her transfer some money.  I am expecting that check any day now.

Thanks everyone.  So far, the hacker has been kept at bay.  But he/she is still trying.  I got about 5 emails today from the hacker who filled out a page on my website for more info.  The hacker has tried several things to get into my email again and has told me that he/she is impressed!  This person thinks this is a game and has no regard for the time and money that has been spent to try to keep them out of my computer!  BTW, I did change my password a few times and each time with numbers, letters,etc. in the password and they broke those passwords in no time. 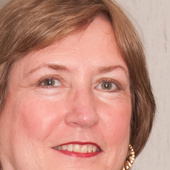