We stopped at a For Sale By Owner Home near our office. We got talking with the owners and decided to help them. They needed to do a short sale. The home was unattractive on the outside. It had 0 curb appeal. The inside was ok. We priced it to sell. I hesitate to put the price ($34000) (not that mucch hesitation) I'm not looking for referrals in thos price range at all. None. Nada. 0.

It had a 2nd mortgage on it. We had 3 buyers. Two attempts failed. Pushy, impatient buyers, couldn't wait for it to happen. The 3rd buyer had an agent that was good. We got the second to agree they (first 1st of 3 offers) would accept $1500. I was surprised when the second lender advised me they wanted $2500. The first agreed to that 2500 figure and when we sent the final HUD, they raised it to $2651. The first wouldn't (couldn't they said) change it. I explained to the second lender's negotiater the offer was two thousand dollars lower than the previous two offers. The second (you I'm talking to you the seconds negotiator) raised your to 2500 and now you want $2651.

I said "you are nuts. How about making a business decision based on common sense? She had been contacting the management company asking the same question. After one more day of waiting to hear from the manager, she sent an approval letter accepting the lower figure.

We had a phone call from the buyer's agent. She wanted to do a walk through. We met at the house. It wasn't cleaned properly. She informed us their was a crack in the glass top cook top range. She said it wasn't there before. I asked to see the inspection report. She said the customer declined to have one done. I called the seller and he told me it was there from a long time ago. I said "didn't you invest a lot of money in your home a year ago. He told me it was broken during installation, I asked"and you never called them back to fix it? Inspector Clouseau thought to himself "something fishy here, boss)I suggested

he should offer the buyer $200. They had to pay $50 to have the home broom swept clean. So then I had to find a cleaner. Other than that the house was easy to sell. I made approximately $750 and had to pay a referral fee of 25%. I make 13 cents/hr. I still love the business. I like helping people. God is good.

LIFE IS GOOD. KIERAN AND CECELIA

I'm not sure what this had to do with Green trends?

But, happy you were able to get your short sale closed.

Hi Reba Thanks for commenting. It has nothing to do with Green Tends. More like I am learning about blogging. So much to learn and such littletime 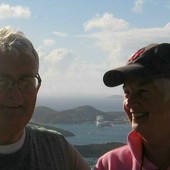 Some Humor, Some Insight into human nature by two people with lots of experience, some great real estate ideas