As a follow up to the campaign, i wanted to give a special thanks to Tammy Lankford, Yes Tammy I finally received your shipment from Amazon and to Martha Brown who i also needed to trace the UPS shipment.  The good news is that I did receive them and they will be shipped on Wednsday April the 20th.  All in all we did pretty good, we got to ship over 1000 boxes of Tea to Japan.  We were looking for 500,000 well , we hit 500,000 if we can count individual tea leaves.  :)

It was about 3 weeks ago that my daughter asked what we could do to raise awareness and collect tea for the Japanese people victimized by the Tsunami/Earthquake.  We began to Facebook and Tweet and Blog and E-mail, then my daughter said, "Hey, how about the 204,000 people you blog to everyday and read and comment with, why not ask them.

Here is the link to the first posting. http://activerain.com/blogsview/2189282/i-challenge-you-all-the-tea-in-china-this-is-important-

So we did, i floated daily blogs and was even featured twice.  We got the approval from Kerrie to allow people to drop off the Tea at the sign-up booth at the Active Rain Camp.  (HINT HINT) It appeared as though we were really going to get a lot of donations, http://activerain.com/blogsview/2201903/rain-camp-leaving-with-t-baggage we were busy making plans to SHIP it over, literally.

I wish it were an April Fools joke when i report that after 18 blogs and 205,000 members we received 1 donation from Deborah Dade and a really good wholehearted effort from Tammy Lankford, who the Postal Service was kind enough to mis-deliver her shipment from Amazon. (God bless the US mail)! You still get points in the book of life! So, as a last push, as our plan is to deliver the tea we have received from additional venues is slated for April the 8th, my daughters birthday, I am asking once again, if possible, Pay it Forward.  This time it was their turn, tomorrow may be ours, we get back what we give.

THE ONGOING MESSAGE IS...I want to put out a challenge to all 204,844 members.  As a way of "Paying it Forward" and showing to the world that when we all Sing in the Rain, we can make a difference.  I want to collect 500,000 TEA BAGS and send it over to an organization in Japan that can send the comforts of home from America and all of US to them. Any teas collected will be sent April the 8th, my daughters birth-date, since it was her idea!

I know many of you have said that you will see me at camp in Atlantic City, so in advance i would like to thank you for your contributions, you can bring them to the sign in booth, thanks again Kerrie from Active Rain, we sincerely appreciate you assisting us in our efforts.

Good night everyone, be well. 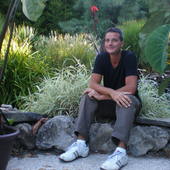