As posted in the Washington Examiner.... http://washingtonexaminer.com/blogs/opinion-zone/2011/01/dodd-frank-financial-reform-law-unconstitutional-violation-separation-pow

In the Washington Post, former White House counsel C. Boyden Gray recently argued that the sweeping Dodd-Frank financial "reform" law passed last summer is unconstitutional, since it gives the government virtually unchecked power to seize financial firms that supposedly might fail, and to legislate through regulation.  For example, under Dodd-Frank,

" The Treasury can petition federal district courts to seize not only banks that enjoy government support but any non-bank financial institution that the government thinks is in danger of default and could, in turn, pose a risk to U.S. financial stability. If the entity resists seizure, the petition proceedings go secret, with a federal district judge given 24 hours to decide ‘on a strictly confidential basis' whether to allow receivership.   (Wow....looking more and more like a communist state)   There is no stay pending judicial review. . .The court can eliminate all judicial review simply by doing nothing for 24 hours, after which the petition is granted automatically and liquidation proceeds.

INTERRUPTION  CHECK OUT THIS NEXT LINE!!!!!

Anyone who ‘recklessly discloses' information about the government's seizure or the pending court proceedings faces criminal fines and five years' imprisonment. As for judicial review of the liquidation itself, the statute says that ‘no court shall have jurisdiction over' many rights with respect to the seized entity's assets . . .There is little precedent for this kind of unreviewable ‘Star Chamber' proceeding."

As Gray notes, this "almost unlimited, unreviewable and sometimes secret bureaucratic discretion, with no constraints on" seizures, is "a breakdown of the separation of powers" mandated by the Constitution, "which were created to guard against the exercise of arbitrary authority."  (Gray chronicled some of the Dodd-Frank law's other constitutional violations in a 12-page article last fall available at this link. Others have argued that the lack of judicial review in Dodd-Frank will lead to seizures of property without due process or unconstitutional Takings).

Gray notes that courts are deemed by legal fiction to have approved a company's seizure if they don't act in 24 hours to stop it.  And that is exactly what will happen - the courts will not act in time to stop such seizures even if a judge senses that the seizure is probably unwarranted and unnecessary.  As a former federal district court clerk (who drafted opinions and orders for a judge), I can attest from personal experience that courts seldom, if ever, decide on something as momentous as the fate of a company in a mere 24 hours (especially since a company that objects may not even be able to file a detailed legal response to the seizure within 24 hours, much less obtain a court hearing from a busy judge within that short time).  Ruling on court motions that decide the fate of even the smallest and most insignificant lawsuit usually takes weeks of briefing, not a mere 24 hours.  And some judges and their clerks are all too happy to minimize their workload by getting rid of cases on technicalities and using jurisdictional dodges to dismiss challenges that are factually well-founded.

THE ARTICLE GOES ON AND ON AND ON, BUT FOR NOW....IT APPEARS THAT THERE IS ONE SMALL VICTORY FOR THE LITTLE GUY!

I have come to relate Chris Dodd and Barney Frank to a red flag--nothing good should be expected.  I f you had a small pony along side them, you have a pony and two fonies.  They are part of the Wahington crowd that (1) thinks they are smarted than us, (2) think they own us, and (3) play all the angles to their advantage.  Above all, I don't trust either one, and have strong hope that the voters in Massachusetts will end Barney's reign.  Chris Dodd is gone.

Folks like them stir the anger of many Americans, and out of that anger has come the Tea Party movement.  They fear the movement, because it (thus far) has not bowed to their corruption.  That is why they attack it with mis-information and lies.  That is why they have desperately tried to taint the movement as "racist".

I join you in encouraging others to read this legislation and defeat it.

Oh, they read the bills that are passed but bottom is, something that they want is also tagged on in the tail end of some major bill and it just "slips" through.  Do not appreciate that one line about "anyone who "recklessly discloses" ....

It's about time people started reading what is going on instead of "listening to the gossip" on the news.

Larry, Thanks for sharing this!  This along with Health Care Reform, are scary reminders why we really need to have a Constitution!  This kind of legislation needs to be struck down, and the representatives that proffer legislation like this need to be recalled immediately!  This is ridiculous!

Wow.....when you're out of pocket, my ability to post, is limited for sure!  Thanks so much for the comments.  Let's see where this takes us!

Both Dodd and Frank are 2 of the worst culprits in this recession.  Their incompetent oversight of Fannie and Freddie has helped wreck this economy.  It is good to see that this bad law has been stayed for now.  We need less laws from Washington, not more.

Hi Larry, I would have to agree with Rob. What I can't understand is why isn' t Dodd and Frank in trouble under this law?

What do you expect from two of the most corrupt and morally bankrupt individuals in the US Congress?

First Homeland Security, now this. Benjamin Franklin once said "He who gives up freedom for securtiy deserves neither." That seems to be what we are working towards.

Absolute insanity if this passes.  Sounds like a chess move towards a one world, I mean country bank.

Great post. It's scary that the same folks who created the housing mess, Congress. Think it's ok to take the pay away. This is all backward looking legislation. I hope they don't try and get in the way of real estate agent pay. These are people families they are messing with.

Larry, Hopefully the small victory for the little guy will remain a victory. What about that Constitution? "almost unlimited, unreviewable and sometimes secret bureaucratic discretion, with no constraints on" seizures, is "a breakdown of the separation of powers" mandated by the Constitution, "which were created to guard against the exercise of arbitrary authority." So let’s keep it that way!

Like
Dave Beckmann
Ascent Home Loans Inc. - Denver, CO
Your Denver Mortgage Guy
Larry- Timely post. As a fellow originator, it has been a frustrating first quarter of 2011 preparing for this historic change to our industry. As of Friday, there is a stay on this legislation so the judges can "reevaluate" it. The bottom line is the consumer loses if this becomes law and will pay more for their mortgage and closing costs. Just another example of Congress delaying the recession and not helping the housing industry.
Like
Melissa Anderson
Mortgage of Texas & Financial - San Antonio, TX

Larry- Keep the word out there.  Excellent work.  Everyone in our industry will be adversely affected by this rule if it comes to pass.  Consumers will suffer as well.

Larry - I enjoyed this article. It is a huge mess I agree. I have been following this for a while now and still just feel unprepared for it all. I read a really well-written article about it a few weeks back, it really shed light on the bill for me. 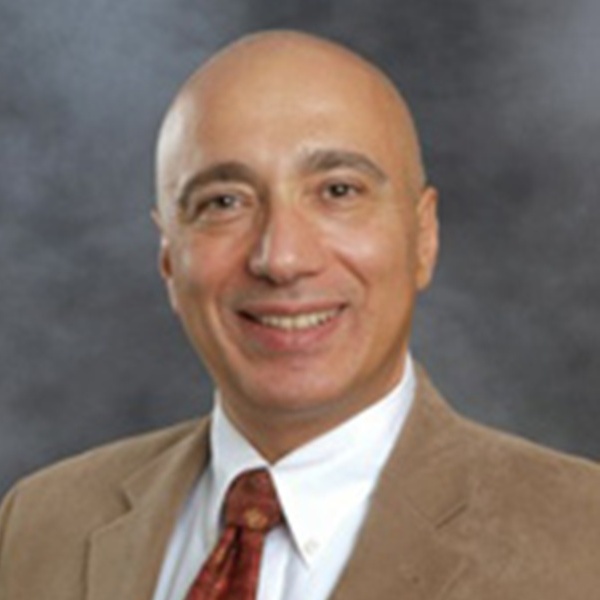 Gee, how is it that Congressional members get to pass laws that effectively put themselves above the law?  Oh, right, they do it because we're so busy trying to make a living that sometimes things like this slip right by us.  Thanks for throwing up the big red flag, Larry.  I'm going to write them "you're being watched" letter right now.

Thank you for such a detailed break down of the nightmare that is Dodd-Frank. What an overreaching piece of legislation. I hope it never gets the legs it's looking to get or we're all in for a lot of aspirin to take care of the headaches this is going to cause. Great read!

It will be interesting to see how the big banks with all their lobbying money will dodge or get revised the rules in this bill that affect them. My guess is Dodd Frank (or Frank n Dodd as I like to call it) will be enforced against those (mortgage brokers) who do not have the numbers or cash to lobby Washington. There is a misconception that brokers caused the housing meltdown when in reality the biggest culprits were large banks like Countrywide.

Dodd Frank is a scary Bill. Truth is, if they just enforced the laws that were already on the books we would not have burst into flames in the manner in which we did.

Although I have a tendency to be a bit on the other side of most here regarding the moral issue talked-about and raised, I do think that that the Dodd-Frank Bill is  ... in simple terms, a mess.  Personally, I think it's over-reaching, far so.  But I think there WERE issues that needed to be addressed.  Maybe the intentions were initially good, but it sure got off-track.  And like usual, it's not the real culprits that are paying the price for the problems they made.  It's the little guy.  Oh man, we could have a never-ending discussion on this issue, couldn't we??

1 “Let not your heart be troubled; you believe in God, believe also in Me. 2 In My Father’s house are many mansions; if it were not so, I would have told you. I go to prepare a place for you. 3 And if I go and prepare a place for you, I will come again and receive you to Myself; that where I am, there you may be also. 4 And where I go you know, and the way you know.”
(John 14:1-4, New King James Version)