Our brain is a fascinating creating and last night it focused on my relationships first with family and then with customers.

I worked out all the issues I have with my sister and daughter.  I wrote (in my mind) the emails I would send them this morning.  I almost got out of bed and wrote them in the middle of the night.  I wanted to tell my sister that I was tired of her mistreating me, having a controlling live in, and just plainly being stupid and that I wanted her to leave me alone for the rest of our lives.  If we passed each other we would acknowledge each other and that was that!

My daughter is more complicated.  I didn't think I would walk her down the aisle (her choice).  I wasn't allowed to see my first grandson when I visited her after the birth of her first son and it goes on and on.  I was going to tell her the same.

In  the morning light, I chose to not email or call either of them and explain my feelings and hurts and just to quietly reject any of their calls or inclusions and let them wonder and maybe they some year will figure things out.

How does all this relate to real estate?  Possibly the Saint statue that is suggested to be buried which supposedly only started around 1970 in the United States.

Saint Joseph (San Jose in Spanish and San Giuseppe in Italian) is petitioned by many conservative Catholics as one who grants an easy death, but in the wider world of Catholic folk-magic, he is the Patron Saint of real estate matters and home sales, and as Saint Joseph the Worker, he helps people find employment. The reason given for these beliefs is that he was a carpenter who taught his step-son Jesus the carpentering trade, and he always saw to it that Jesus was well housed.

How does this relate to me?  I need to leave the place I am at and move on.

You can find a St Joseph's kit at Catholic Supply of St Louis for only $6.95! Who knows if facing the right way that it might even get the next door neighbors you would like to move to sell their home! 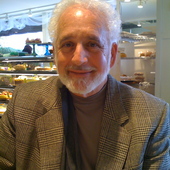