Beaumont Mill Village is a major step closer to becoming a Local Historic District! On March 28, 2011, Spartanburg City Council met and held a public hearing. Making Beaumont Mill Village a Local Historic District was on the agenda. Martin Meeks, a respected architect who specializes in preservation of communities such as Beaumont spoke as to the study that was conducted, the architectural styles of housing in Beaumont, and an overview of the guidelines. He and the City Planning Department went to great lengths to come up with guidelines that are realistic and would not be a major burden on property owners. No one would be expected to rehab their properties to meet these guidelines at this time. Only when the property owner is ready to make repairs or improvements would the guidelines affect what they do. There are 2 categories of types of improvements, major and minor works. The guidelines will not come into play with any interior improvements.

Stephanie Monroe with the City Planning Department also spoke about possible grant money they working on trying to make available to owner occupants to help with improvements.

I spoke out as a member of the real estate community in Spartanburg sharing how important it is to preserve our rich history that is tied to the textile industry and how strongly I feel that by preserving Beaumont Mill Village we will be preserving history but also will be preserving property values. In time I can envision this becoming a popular neighborhood for hospital employees and college employees due to the convenient location of Beaumont.

Spartanburg City Council Members in attendance unanimously passed the first reading! This is an exciting time for Spartanburg and for Beaumont Mill Village! This designation will definitely have a positive impact on real estate values in Beaumont. I look forward to working with buyers who have a desire to live in this community that is such an important part of our city's rich history! 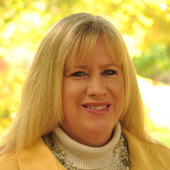 Helpful real estate information for the consumer as well as other real estate professionals.