How to survive an earthquake is not what I learned as a child.  The following are extracts from Doug Copp's article on "The Triangle of Life":

When buildings collapse, the weight of the ceilings upon the objects or furniture inside crushes these objects, leaving a space or void NEXT to them - NOT under them.  This space is what I call the "Triangle of Life".

The larger the object, the stronger, the less it will compact. The less the object compacts, the larger the void, the greater the probability that the person who is using this void for safety will not be injured.

1) Most everyone who simply 'ducks and covers' when buildings collapse are crushed to death.  People who get under objects, like desks or cars are crushed.

2) Cats, dogs and babies often naturally curl up in the fetal position. It is a natural safety/survival instinct. You can survive in a smaller void. Get next to an object, next to a sofa, next to a bed, next to a large bulky object that will compress slightly but leave a void next to it.

4) If you are in bed during the night and an earthquake occurs, simply roll off the bed.  A safe void will exist around the bed.

8) People inside of the vehicles are crushed when the road above them collapses (San Francisco Nimitz freeway).  They can easily survive by getting out and sitting or lying next to their vehicles.  All of the crushed cars had voids of 3 feet high next to them except the ones that had columns fall directly across them.

9) I discovered, while crawling inside of collapsed newspaper offices and other offices with a lot of paper, that paper does not compact.  Large voids are found surrounding stacks of paper.

these are some great tips...we have so many places that are effected by huge weather and temp issues...thanks for the post.

Scary but great advice. I can see getting low next to a piece of furniture could actually protect you

That's an incredible information Kate. Thank you so much for sharing in such details. Hopefully, we will never need to use it.

This reminds me of all those school tornado drills we used to have.  Cover your head an hide under your desk or single file lines out of the building.  Man how time flies!!!  Thanks for the flashback 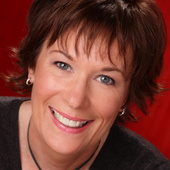