We move towards and become that which we think about. When asked to describe his road to success, Secretary of State Powell answered, "I was born in Harlem, raised in the South Bronx, went to public school, got out of public college, went into the Army, and then I just stuck with it".

There are a couple of key points that I'd like to point out that I believe are critical for anyone in pursuit of their dreams.  First, Mr. Powell was raised in Harlem and the South Bronx and graduated from high school in the 1950's.  From the beginning, the cards were not stacked in his favor. There are way too many examples of highly successful people in America from the wrong side of the tracks to even begin to use that as an excuse for not pursuing one's dreams and Mr. Powell is a shining example.  Secondly, his comment at the end of the sentence is hugely important to his success,  "I just stuck with it".   A kid from Harlem, who later became a 4 Star General,  Chairman of the Joint Chiefs of Staff, National Security Advisor and finally Secretary of State.

To achieve your dreams, remember, it doesn't matter where you came from.  Are you determined and willing to work hard an lastly, do you believe in your dream and yourself?  When the going gets tough, will you stick with it?

Mr. Powell, thank you for your service to our country and for being an inspiration to anyone aspiring to achieve their dreams. Lastly, Happy Birthday.

He is such an admirable man.  Thank you for paying tribute to him.

I've had two very successful business that if I hadn't stuck with it where others would have given up, I couldn't have sold them later. Heck, even my first year in real estate was one that most would have given up on, but not me, I'm to stubborn.

HI JOE!  Wow - he shares my sister's birthday!  What a great message - even though I read this a month later -- you can't give up - and like he said "stick with it"! 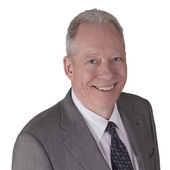