After The Foreclosure - Los Angeles, CA

I went to get the car washed today (Fairway Garden Car Wash in Walnut), and while I was sitting there trying to update my iPod with all the new music I had recently purchased, a man that was there asked me what I did for a living.  I told him I ran a mortgage company, and that was the beginning of a 45 minute conversation that reminded me of a series of articles I need to write.

Unfortunately, he was in a situation similar to what many people seem to find themselves in lately (mortgage delinquencies in the U.S. hovered around 9.5% in 2010), and he was desperate enough to have a candid conversation about it with a total stranger at the car wash.  I could see the humble and somewhat defeated look on his face, and did my best to listen to everything he said.

He owned two town homes which were both over encumbered (meaning he owed more than they were worth).  He had negative amortization loans on both of them, and had no idea what the details were on those mortgages.  He was convinced by some unscrupulous modification company to let the mortgages go delinquent so he could have a “better chance of getting them modified”.  He thought they were reputable because they advertised on a Christian radio channel.  After they had taken his money, they regretfully told him there was nothing they could do for him.  His sister lived in one of the condos that he had previously refinanced to pull money out of, and buy the other condo. So there he was, credit damaged, no equity in his real estate, behind on both mortgages (without hope of paying them current), very concerned over the long term effects of whatever it was that was about to happen to him, and wondering how he was going to tell his sister that he was probably going to lose the condo she was living in (in addition to his own home).

I sat and talked with him long after my car was finished.  I thought it was almost my obligation to make sure he understood:

Then it dawned on me that so many other people need to hear the same thing.  So I decided that I am going to do my best to put this all in writing for everyone to use over the next few weeks.

If you, or someone you know, is in a similar situation and would like a free, no-obligation consultation to discuss the options available to you, please give me a call.

Thanks for the insightful and sensitive post. I'll stay tuned for all and hopefully can pass some good info on to the many people I know facing the same problem.

Tom - Great idea for a series of posts. You are going to be doing a great deal of service for so many. You never know who you are going to meet and where the conversation may take you. I'm clicking on "Subscribe" so I can read the series. Look forward to it!

I really enjoyed the "human" nature of this post and I agree, a series would be wonderful! 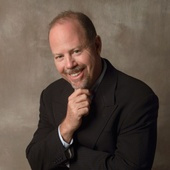