Cost: This is a free event

The terrific German violinist Christian Tetzlaff, who most recently appeared as soloist with the San Francisco Symphony, in addition to solo recital appearances at both St. Francis of Assisi Catholic Church and Hill Auditorium, brings his chamber ensemble, the Tetzlaff Quartet. The group was founded in 1994 by Tetzlaff and his sister, Tanja, along with two musicians with a mutual devotion to chamber music whom they met at a chamber music festival in Switzerland. Despite reduced availability, they make a commitment to perform each year as a quartet, drawing accolades from critics and casual listeners alike.

In addition to his HBO program ‘Real Time with Bill Maher’ – which has featured such regular visitors as John Edwards, Ben Affleck, Robin Williams, Arianna Huffington, Alec Baldwin and Michael Moore – Maher has written four bestsellers: “True Story,” “Does Anybody Have a Problem with That? Politically Incorrect’s Greatest Hits,” “When You Ride Alone, You Ride with Bin Laden” and most recently, “New Rules: Polite Musings from a Timid Observer.”

Maher started his career as a stand-up comedian in 1979, and still performs at least fifty dates a year in Las Vegas and in sold out theaters all across the country. Two of his eight stand-up specials for HBO – 2007’s “The Decider” and 2005’s “I’m Swiss” – have been nominated for Emmy awards.

Above was a sampling of the activities occurring in our community during the month of April. Please be sure to check out one of the many events being held during the month and have good time.

Click here to view community events in Ann Arbor, MI for the month of February.

To view the Ann Arbor Area Convention and Visitors Bureau, click here and choose your own criteria and dates.

Being a huge Penn State fan, anything Ann Arbor stirs the senses (not always in a positve way!). One of my favorite T-Shirts for football season is AVOID THE RUSH, HATE MICHIGAN EARLY. Ha!

That being said, it looks like a great place to spend the month of April. Great post!

I also work for Borders Group, which has its headquarters in Ann Arbor. I’ve only been there once, but it was so beautiful, especially all the big hostas.

Ken, I love that, since I went to school in Boilder, CO and Jim I would ove to meet  you!  Are yu in Ann Arbor? 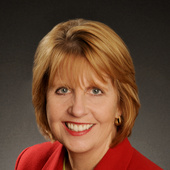 Providing buyer agency to Ann Arbor buyers with guarantees. Ask about our "Love it or Leave it" Plan. www.KathyToth.com Get your own Local Schools Widget