Driven by the threat of higher interest rates down the road, first-time buyers are contributing to strong upward momentum in residential housing markets across the country, according to a report released by RE/MAX.

The RE/MAX First-Time Buyers Report, highlighting trends and developments in nineteen major Canadian centres, found that low interest rates and balanced market conditions have provided significant impetus in 2011, particularly at lower price points.  Just over 30 per cent of markets are reporting sales in excess of 2010 levels as a result, while almost 70 per cent have experienced an upswing in average price.  Leading the country in terms of percentage increases in the number of homes sold are Western Canadian markets, including Saskatoon (up close to 15 per cent), Greater Vancouver (up close to 12 per cent), and Winnipeg (up just over 11 per cent).  With an average price hike of close to 20 per cent year-to-date (February), Greater Vancouver continues to show unprecedented strength, followed by Hamilton-Burlington (eight per cent), Quebec City (seven per cent), Winnipeg (close to seven per cent), Greater Toronto (five per cent), and Greater Montreal (five per cent).

Despite homeownership rates approaching 70 per cent, there is clearly room for growth as entry-level buyers make their moves from coast-to-coast, undeterred by higher housing values and changes to lending criteria.  Many purchasers intent on realizing homeownership are scaling back on expectations or are willing to sacrifice location, quality and/or size to make their dream a reality - not unlike generations before them.

Inventory levels, while tight in several larger centres, are more balanced overall, giving first-time buyers a good selection of housing product from which to choose.  Not surprisingly, condominium apartments and town homes have become the first step for many entry-level purchasers, especially in Greater Vancouver, Victoria, Kelowna, Edmonton, Calgary, London-St. Thomas, Hamilton-Burlington, Greater Toronto, the Island of Montreal, and Halifax-Dartmouth where average prices have risen unabated in recent years.

With the Canadian economy on firmer footing overall, residential real estate is well-positioned moving into the traditionally busy spring market.  Consumer confidence is climbing in conjunction with economic performance, and concerns over a secondary recession fade with each passing day.  The mood is cautiously optimistic, as first-time buyers enter the market.

Changes to recent financing criteria have not created the anticipated run up in activity in most markets.  From a financial standpoint, most rookie home buyers remain quite prudent.  Those making the leap are not doing it lightly, buying within their means.  While this most recent round of policy tightening will likely have a negligible effect on demand, the message is getting across.

Affordability remains a growing concern in most markets, and-aside from first-time purchasers-no one is more in tune with that than housing planners and developers.  In fact, the growing demand for reasonably-priced product is creating a shift in the country's housing mix.  That trend is expected to gain traction in coming years, as builders look to create greater options for those seeking to realize homeownership.    In recent years, builders have helped ease the move to homeownership by concentrating on intensification-condominium buildings with smaller suites and small-lot subdivisions offering detached, compact homes at a fraction of the cost of a traditional single-family home.   On the flip side, the affordability factor is also breathing new life into tired older neighbourhoods, and that, in turn, is contributing to rising values. 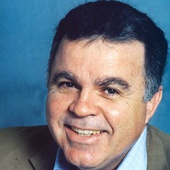