I read Kathleen Daniels' post on Wednesday and it really got me thinking about kickbacks.  She describes being asked for $2,500 to "close the deal".  As ugly as that is, she is willing to pay to keep her short sale sellers out of foreclosure, but it gets worse.  The real rub comes when the lender asks her to break the law by paying it out of escrow!!

Her story makes my blood boil, so I can only imagine how Kathleen must feel.  But she's not alone, right?  Please help the AR community by sharing your kickback stories and how you deal with them.  Let's establish some best practices!

In kind of a funny way a referral kickbacks helped launch Happy Grasshopper.  It goes way back to 1999 when I had just left my cushy corporate sales job for an opportunity working with a builder in Sarasota, Florida.  At the time, I had no experience with referrals as they were strictly taboo in my corporate gig - and had to be turned over to management - yuck!

Still, it didn't take me long to realize that referrals were my new best friend.  They were the easiest to sell, least expensive to acquire and generally, among the most fun customers. I was trying my best to do a great job and my customers rewarded me with glowing recommendations.  Business was good and I decided to get really good at generating referrals.

I took a training class, read a few books and listened to all the gurus.  I saw Tom Hopkins, Zig Ziglar, Tony Robbins and a whole pantheon of lesser gods.  Before long I had a tickler file for phone calls, was sending hand written cards for birthdays, anniversaries, holidays, and everything else under the sun. I gave away gift certificates and dinners, concert tickets, football, baseball and hockey tickets.  It just grew and grew.  At one point I was paying a $500 referral commission and giving away a Caribbean cruise for two.  Thanks for the referral and have a fun trip!

It was about this time that I noticed a disturbing trend.  I was spending as much or more for "referrals" as I ever had for advertising, but the quality of leads were slipping fast.  It seemed everybody had their hand out - and why not?  I had trained them to.  Before the ink even dryed on new contracts someone was reaching out to claim them as their reward.  'Natural' referrals had completely vanished.  The worse part though, was that it just wasn't fun anymore.  So I swallowed hard, shut it down and went back to the drawing board.  Instead of focusing on the reward I decided to focus on the relationship.

In the years since, and in one of the worst markets in history, our construction company has grown and evolved.  We now have 42 employees and annual sales of almost $10 million.  In 2009 and 2010 we made the Inc. 5000.  Last year we were finalists for the Ernst & Young Entrepreneur of the Year Award and we spend just .024% of sales on advertising.  I don't like to brag but I want you to understand that we created something really special.

Happy Grasshopper is our way of sharing it with the world. 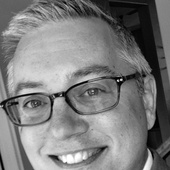 Get more referrals and grow your network with tips and information about how to get more out of your networking efforts.