DON'T FORGET TO CATCH ME ON 910 AM THIS SUNDAY FROM 6-7 PM OR ON YOUR MOBILE PHONE - IHEARTRADIO.COM

"In the long run, men hit only what they aim at.
Thereforeâ€¦ they had better aim at something high." - Henry David Thoreau: Was an author, poet, naturalist, and philosopher Rain or shine, whether or not the US government is closed or open, the US Treasury will be open next week to auction off $32 billion in 3-yr notes, $21 billion in 10-yr's, and $13 billion in 30-yr's.

Word has it that since it doesn't rely on Congressional funds, the Federal Reserve (central bank) would remain open for business as usual, with normal staffing levels. The Fed would therefore be able to continue with its day-to-day operations. The SEC is expected to continue operations as well. But lenders and vendors were out warning originators about possibilities. CoreLogic told clients that, "If the government does a shutdown, the last date of service for 4506-T and SSA-89 orders would be this Friday April 8...We will make every effort to transmit orders to the IRS and SSA as quickly as possible once received. All SSN orders will be processed during standard business hours and may not be affected by the shutdown. In the event of a shutdown, we will still continue to submit all 4506-T Direct and SSN orders but service time is expected to be affected due to the IRS and SSA being unavailable to respond."

For licensing, "Since CSBS is the nationwide organization representing state banking regulators, a shutdown of federal government agencies will not have an immediate impact on day-to-day operations. NMLS offices will remain open during any government shutdown and NMLS staff will continue to report to work...Test candidates should not expect their appointments to be cancelled or be affected by a shutdown of federal government agencies."

Wednesday HUD issued a memorandum (APM 11-04) that is not a surprise, but turned some investor heads. Ginnie Mae will change its policy with regards to the delinquency status of loans being pooled into their MBS. "Effective for single-family securities with an issue date of June 1, 2011 and later, all loans pooled into Ginnie Mae single-family securities may not be delinquent by more than the monthly installment of principal and interest that is due on the issue date." In other words, the loan being pooled would need to be current till the month prior to the issuance of the MBS pool - no more allowing new up-to-60-day delinquent loans to be pooled into Ginnie securities. Ginnie Mae was already requiring "re-performing" loans to be current at the time of the issuance. The impact on the market and investors is not huge, as analysts estimate that at most 0.5% to 1% of loans being securitized into Ginnie Mae MBS were delinquent at issuance.

In the markets on Thursday, MBS volumes were anemic, as opposed to Wednesday when they were decent. 10-year notes were worse by a smidge and closed with a yield of 3.55% while current coupon MBS prices were slightly better than Wednesday's close. Rates were pushed around a little by the .25% rate hike by the ECB, another strong earthquake in Japan, more hawkish comments from a Fed official, and the potential for a government shutdown as Republicans and Democrats are unable to reach an agreement on the budget.

The week closes out with gold marching toward $1,500 per ounce, oil at $111 per barrel, and another day of no substantive scheduled economic news (unless one counts Wholesale Trade for February later today). Even though the markets assume a shutdown will be averted, these factors have served to push rates higher, and the 10-yr yield is up to 3.61% and MBS prices worse by .250.

RENTAL COSTS ARE ABOUT TO TAKEOFF

We are often asked whether it is better to rent or buy in the current housing market. The answer to that question is: "It all depends". There are certain situations where renting short term probably makes sense. It may make sense if you are retiring to a different region of the country and are not yet sure where you want to set down roots for the next 25 years. It may make sense if you have a one year employment contract which will probably require a move to another place upon termination.

However, in most other cases, renting right now makes little sense for several reasons.

Even though prices may still soften, waiting to buy makes no sense as the cost of owning a home may still increase.

Mortgages may soon become much more expensive than they are right now.

Owning a home is less expensive than renting a home in 72% of major U.S. cities.

Rental costs are about to explode.

Let's take a closer look at the last reason. We have often said that the cost of anything is based on supply and demand. The number of widgets for sale and the number of widget buyers together create the price for widgets. That will also apply to rents. There is a much larger demand for rentals right now. The economy has forced many to leave their foreclosed homes and other buyers are afraid to plunge into homeownership.

At the same time, the supply of rentals is rapidly decreasing.

When supply is rapidly decreasing and demand is quickly increasing, prices have only one place to go - and that is UP! That is exactly where rental prices are headed.

Is now a good time to rent? We think not. You can buy a home today at a discounted price and get a 30 year mortgage at a historically low interest rate. You can set your housing expense for the next thirty years. On the other hand, rental costs are poised to increase for years to come.

GREATER STABILITY IN NONDISTRESSED REAL ESTATE PRICESU.S. home prices fell for the seventh month in a row during February, although price declines are increasingly concentrated in sales of distressed properties such as bank-owned homes, data aggregator CoreLogic said in releasing its home price index.

The CoreLogic home price index showed U.S. home prices down 6.7 percent from a year ago during February, a sharper decline than the 5.5 percent year-over-year drop registered in January.

Excluding distressed sales, the index was essentially flat, declining by 0.1 percent from a year ago compared to 1.4 percent in January. Distressed sales include short sales and real-estate owned, or "REO," properties.

"When you remove distressed properties from the equation, we're seeing a significantly reduced pace of depreciation and greater stability in many markets," said CoreLogic Chief Economist Mark Fleming in a statement. "Price declines are increasingly isolated to the distressed segment of the market, mostly in the form of REO sales, as the stock of foreclosures is slowly cleared."

The index showed national home prices down 34.5 percent from their April 2006 peak, or 21.7 percent if distressed transactions were excluded.

Prices were down from a year ago in 86 of the top 100 markets tracked by CoreLogic, down from 88 in January.

Nine out of 10 of the nation's biggest markets saw prices decline from a year ago, although six out of 10 of those markets experienced price appreciation among non-distressed properties, CoreLogic said.

The budget deadlock and looming shutdown of the federal government wouldn't affect Fannie Mae and Freddie Mac, but it could put the brakes on FHA and other government-backed loan guarantee programs.

The Obama administration has proposed $33 billion in spending cuts, while Republicans are reportedly pushing for $40 billion or more. House Republicans Thursday passed a bill to push back a shutdown by one week. But that bill includes spending cuts opposed by Democrats, and President Obama has threatened a veto if it's approved by the Senate.

In the event of a government shutdown, the Federal Housing Administration "will not be able to endorse any single-family loans, and staff will not be available to underwrite and approve new loans," a HUD spokeswoman told Inman News.

Although so-called "full eagle" lenders vetted by FHA have direct endorsement authority, in the event of a government shutdown FHA would power down its automated systems for processing those loans, in effect suspending all lender insurance approvals.

"Technically, the banks can close on a loan that's been FHA-approved if they want to, but they will be taking the risk on their own books," the HUD spokeswoman said. "Some may choose to do so, but (in the event of a government shutdown), they will not receive FHA insurance until FHA is up and running."

FHA insured mortgages on about 19 percent of home sales in the fiscal year ending Sept. 30, 2010, and just under 16 percent of sales in October, according to the latest figures from HUD.

USDA and VA loan guarantee programs, although smaller, could be affected in similar ways. Those agencies did not immediately respond to requests for comment.

According to a bulletin issued by the National Association of Realtors, lenders may continue to process and guaranty mortgages through the VA Loan Guaranty program.

For U.S. Department of Agriculture rural housing programs, staff who typically issue conditional commitments, loan note guarantees, and modification approvals are not classified as "essential personnel," and lenders would not receive approvals in the event of a shutdown, NAR said. Lenders who have received conditional commitments may close those loans.

As the Obama administration and Republican lawmakers continue negotiations over proposed budget cuts, the President has pointed to the potential impacts to FHA lending as one example of how a shutdown "could have real effects on everyday Americans."

"It may turn out that somebody who was trying to get a mortgage can't have their paperwork processed by the FHA and now the person who was going to sell the house -- what they were counting on, they can't get it," President Obama said Wednesday, speaking at a town hall discussion in Pennsylvania on energy policy.

Testifying before Senate lawmakers today, U.S. Housing and Urban Development Secretary Shaun Donovan said he is "very concerned that a significant number of lenders would not choose to close" on pending FHA loans, Dow Jones reported.

Fannie Mae and Freddie Mac, which the government placed under conservatorship in 2008, would not be affected by a shutdown because the Treasury Department's preferred stock purchase agreements with the companies are not subject to the annual appropriations process, said a spokeswoman for their regulator, the Federal Housing Finance Agency (FHFA).

FHFA itself is not subject to a shutdown because it is funded by assessments on Fannie, Freddie and the Federal Home Loan Banks.

Zackry, Welcome to the Rain! Active Rain is a great place to share your knowledge, expertise and thoughts, as well as network and learn so much from the vast pool of talent already onboard. If you would like to connect with me on ActiveRain, please subscribe to my blog! 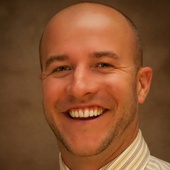