So said the ad, that the roof had been "completely redone" and was a "completely new roof."

To me that means the previous layer, or layers, of shingles had been removed, and new tar paper and shingles were applied.  (It also could mean that new sheathing was put down everywhere, which was not the case here and can be a bit misleading.)

There are so many times that I find the "completely new" claim not to be true.  Like on this house. For instance, all over the roof, front and back, over the garage and main house, the shingles had what looks like waves in them.

Usually because there is a previous layer underneath and THAT LAYER WAS VERY OLD AND CRUSTY.

Sometimes roofers have tricks for hiding the fact that there is another layer under what you see.

How?  They take off the layer on the edges and, if they're real good, along the bottoms just above the gutters.  That way what you see is a single layer of shingles!

But this guy forgot one small spot! Just under the chimney, for about three feet, they forgot to remove the shingles on the edge.

The second layer is completely visible.  And it does look crusty!

There was a third indicator as well.  And a very obvious one. A proper new roof job should include new step flashing (where small flashing sections are placed individually under each shingle as they progress up the side of a chimney or the house) and counter flashing over that (you are looking at the counter flashing which attaches to the chimney and provides a second seal).

Together those two flashing members, working in tandem, will absolutely prevent water from getting in.

Look carefully and you can see that this layer of shingles abuts carefully to the previous counter flashing.  And then, to very decoratively hide that they added a wonderful layer of roof tar. The shingles abutted against the siding on the other side, very closely, but no roof tar was added.  That would have been TOO obvious!

I call that stuff "black goop."  That's what it is!  It's a good product as far as it goes, but when exposed to the sun it does not last long.  It cracks and separates, the same as you do in the sun.  In this case, from inside the garage, there was evidence of new leaking!

So what's the problem with putting a second layer over a first?

1.  People are paying for a NEW roof!  In my opinion it is not GOLDEN RULE behavior.
2.  A second roof layer will not last the same amount of time resting over another layer as a new single layer would by itself.  It definitely affects the new shingle's longevity.

But by how much?  I don't know!  I have heard from roofers anywhere from 20-50%!  But the new shingles ARE affected!

In this case it is a longer-lasting architectural shingle, which can last 30 years or so.  BUT NOT AS A SECOND LAYER!

My recommendation:  when a roof is advertised as being newly done, check it out!  Their may be indicators such as these to counter the claim.  And, as in this case, the homeowners may not even know that they do not have a completely new roof!  As a homeowner, watch to make sure that a previous layer was in fact removed, if that is what you are paying for.  Ask for pictures of the process if you cannot be home!  Make sure your money is well spent.

Based in Bristow, serving all of Northern Virginia

Wow!  Great information.  Yet another reason for a skilled, professional home inspector.

Thanks for the info.  Around here it is uncommon for a second layer to be put on a house but this is a good reference point to view.

Dustan - thank you for the reblog and your very kind words.  I try to be instructive and provide something enjoyable to read.  It is hard to do sometimes!

Like
Brent Kluge
Senior Vice President, Secured Funding Corporation - Rockville, MD
I do mortgages REALLY well and I WON'T RIP YOU OFF

GREAT information Dustan... New Lid, is not a new ROOF! 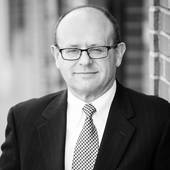