Each year, the natural and unnatural catastrophes just seem to inundate one part of the globe after another.  One area of the globe close to our beloved piece of real estate that has been hardest hit is the poorest country in the Americas:  HAITI.

On January 12, 2010, an earthquake measuring 7 on the Richter scale hit the tiny Caribbean country,leveling the capitol city Port-au-Prince.

This disaster left 1.6 million people in the tiny country homeless, living in tents and under tarpaulins.

In October 10, 2010, cholera hit the country hard, taking approximately 4600 lives to date, and sending thousands to the hospitals for care.

A recent New York Times article reported that the death toll from these three disasters has left 316,000 people dead, and rebuilding costs for the country will total 8 to 14 billion dollars.

These organizations still need our money and our support; go to their websites to donate money and read more about the plight of the Haitian people.

Good morning Beverly wow our world is full of sadness I wish I could fix it all.  I just have to stay focus in today and make it a great day. 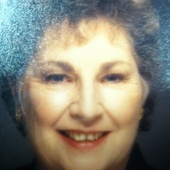