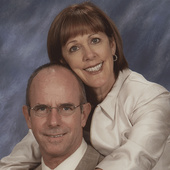 We’re NC real estate brokers and members of “The” Pinehurst Home Team. For nearly two decades we have served the needs of buyers and sellers of single and multifamily properties and offer a friendly, consultative approach to client’s real estate and relocation endeavors. Whether visiting or considering relocation, we encourage you to visit our websites and contact us for more information about the greater Pinehurst North Carolina area and the unparalleled quality of life the area offers.