This chart displays the sales and inventory of Single Family Homes in Toms River, NJ.  The high-lighted area focuses on the first quarter of 2011.  As we can see, sales dropped in February before spiking in March but the supply of homes for sale spiked in February and dropped in March (despite the current inventory increasing by over 120 homes)!  Both of these factors could be attributed to March traditionally marking the beginning of the “Spring Selling Season”, when we historically see more homes come on the market in anticipation of more buyers entering the market, and January being the “snowiest” month in New Jersey in over 60 years.

Notice the significant differences in the high-lighted areas between February and March of 2010; sales shot up while inventory dropped!  This is because we were entering the last  2 months of the “Extended Home-Buyer Tax Credit” here in Toms River.  So, with the Federal Government offering up to $8,000 to home-buyers at this time last year, Toms River is only 12 sales behind, year-over-year.  Why?

This chart illustrates the four distinct “types” of home-buyers that were active in Toms River during the First Quarter:

In a nutshell; without the artificial demand created by the “Extended Home-Buyer Tax Credit”, home prices have depreciated to levels that have made them attractive to investor buyers (short sales/foreclosures), first time home-buyers, move up buyers and high end buyers alike.  Combined with slowly but steadily climbing mortgage interest rates, home-buyers may be jumping off that proverbial fence in Toms River, NJ. 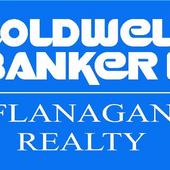 As the "First" COLDWELL BANKER Office in Ocean County, NJ, we pride ourselves on being "Pioneers" in our local market. The new frontier of Web 2.0 offers exciting opportunities and unique challenges. We welcome the discussions, debates and success stories on our journey to become "Champions" of the "next level" of real estate!