Congratulations are in order!  It was announced late last week that real estate broker Eric Kodner has been selected to receive a HUD/Wisconsin Fair Housing Network 2011 award.

The Wisconsin Realtors Association (WRA) and the U.S. Department of Housing and Urban Development (HUD) partnered to create the Wisconsin Fair Housing Network.  These fair housing awards are granted to individuals as well as organizations. The 2011 awards will be presented during the luncheon program at the WFHN Fair Housing Conference, to be held on April 29, 2011 at the Crowne Plaza Hotel in Madison, Wisconsin.  Eric also will be a featured speaker at the conference, addressing recently-proposed legislative measures prohibiting discrimination in housing based upon sexual orientation and gender identity.

I am proud to have been one of several individuals who nominated Eric for this award.  I like to think that I played a role in helping Eric receive the award.  Below is a portion of my nomination letter on behalf of Eric Kodner:

It is hard to imagine a more qualified candidate for the Individual Fair Housing Award than Eric Kodner.

Eric has been the initiator, catalyst and facilitator of an historic event in November of 2010 when the National Association of Realtors amended its Realtor Code of Ethics to include sexual orientation as a protected class.  Eric was the primary advocate who initially presented this proposal to the Realtor community and who moved the proposal forward.

One of the unique and outstanding reasons I think Eric is a particularly outstanding nominee is that these efforts and the resulting change in the Realtor Code of Ethics is far-reaching.  It affects millions of people in the United States and not merely Realtors alone.   It governs how Realtors treat each other, and how Realtors treat their customers and clients.  That is a huge portion of the nation's population, amounting to tens of millions of people.  And it all began here in Wisconsin through Eric Kodner's initiative, follow-through and diligent focus over the past three years.

Throughout the process, Eric brought this proposal along, working with and engaging many in this noble effort.  It all began in December of 2007 because of something Eric posted on his ActiveRain Blog, calling for NAR to rewrite Article 10 of the Realtor Code of Ethics.  Jeff Berger, founder of the National Association of Gay & Lesbian Real Estate Professionals (NAGLREP) read Eric's post, they exchanged emails and began to strategize.  Jeff had begun to contemplate this effort in 2007, so their collaboration was a natural partnership.  Jeff invited Eric to join the Board of NAGLREP and Eric accepted.  The collaboration resulted in Eric bringing this proposal before the WRA Equal Opportunity in Housing Com And what an award winning Real Estate Broker Eric is! Last month, deservedly so,  Eric Kodner was also awarded the Minneapolis Area Association of Realtors 2010 Exceptional Service Award as an advocate for helping amend Article 10.  These changes in the code make us proud to be Realtors.

Barbara, very nice of you to give Eric a shout-out for his award!

Barbara, thank you so very much for writing about the HUD Award.  I'm honored to receive this award from the Wisconsin Fair Housing Network, the Milwaukee HUD office and the Wisconsin Realtors Association.

Barbara  Kudos to Eric and Happy Easter to you 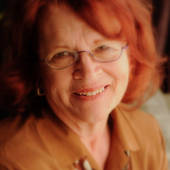