Fort Sumter, a fort built on an island in the Harbor of Charleston, South Carolina, is the The first shots of the Civil War were fired at Fort Sumter 150 years ago this week. At approximately 4:30 am on April 12, 1861, Confederate forces opened fire on Fort Sumter. Over 2 hours later, Union forces returned fire- 1st shot fired by Captain Abner Doubleday. The Union and Confederate forces exchanged 100s of cannon blasts over the next 34 hours until the Union forces at Fort Sumter surrendered. Although no Union Soldiers were actually killed as a direct result of the battle, 1 Union Soldier died on the 47th shot of what was supposed to be a 100 shot salute(shorten to only 50 shots after the disaster). The battle ended on April 14, 1861- 150 years ago today.

The pictures in this post were taken in June of 2010 during a tour that I took of Fort Sumter. If you ever get a chance to visit Charleston, South Carolina,be sure to set aside several hours to take the tour of this National Monument. The tour guides give a great history of the battles that occurred there and other interesting facts about the fort. A view of the interior court yard of Fort Sumter Tommy, what an interesting history lesson.  It looks like an interesting place to visit.  Amazing no one died during the battle.  Weird that the one casualty was during a salute.

Samantha- I had to throw that odd fact in there. That was one of the most memorable facts that the tour guides shared with us.

Good evening Tommy, thanks for the heads up on the tour!

That fort was built to last! Wish they built residential homes to this standard.

I 've never been there ! I need to visit this important starting point of the Civil War !!!

And that’s the Abner Doubleday who is probably more famous for the now-discredited stories that he invented the game of baseball. Something that he really did do was obtain the patent on the San Francisco cable cars that are still running to this day.

Tommy - Thanks for the lesson.  Fort Sumter is definitely on my list of places to visit.

Oh, Tommy? Where are you? Don’t forget about us! LLLL

And it ended at Fort Towson, Oklahoma.. where the only Native American General surrendered..

I missed this post somehow.  Very interesting pictures.  I can't begin to imagine how loud it must have been when that cannon was fired.  And, that was in the days before the ear protection that we have now. 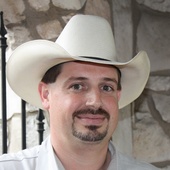