S&P 500/Case-Shiller recently released its monthly home price report and the news for the Phoenix real estate market was decidedly gloomy. Just when we thought the real estate market was out in the sun for good, we’re back in the fog. Kind of reminds me of the weather we had here in Phoenix last week – the weekend before it was time to get out the swimsuit and hit the pool; last Saturday the mercury barely hit 55.

Okay, so let’s analyze what’s been going on in the Phoenix real estate market, according to the S&P/Case-Shiller Home Price Index released March 29, 2011 (and covering through January 2011). The dotted line in the chart below is the trend line for Phoenix real estate prices since 1989 – it makes clear the fact that prices are rising over time, despite the real estate crash here. In other words, owning a Phoenix home is still a good investment. But there’s light ahead for Phoenix real estate

So what’s the take-home message? Recovery in the Phoenix real estate market has not yet taken hold. We’re still at risk for a double-dip. But some experts think that won’t happen. ASU professor Karl Guntermann, in fact, says that 2011 could be the turnaround year for the Phoenix real estate market. “With the state's economy gradually recovering and foreclosures apparently past their peak, there's a very good chance that 2011 will be a transition year in the housing market.”

What’s more, it is really important to remember that people move to Phoenix for many reasons other than the booming housing market. In fact, Kiplinger’s just listed Phoenix as one of the nation’s 11 “comeback cities.” According to the magazine, “It’s renewable energy that’s fueling growth in Phoenix. The growth in renewable energy creates jobs in construction, installation and manufacturing, as well as engineering, especially for professionals left hanging by a sluggish semiconductor sector. Aerospace, export industries and clean technologies are also gaining, while the lower cost of living in Arizona is attracting California entrepreneurs in social media and online businesses.” 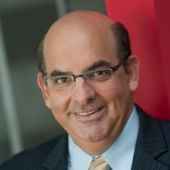