March was a strong month for luxury condo sales in Scottsdale and Phoenix. In fact, half of the first quarter's sales occurred last month. The pending sale was a holdover from February so ideally it should close in April. However, to start the second quarter off on a good note, we need to see a few more units go under contract.

Disclaimer: Information herein deemed reliable but not guaranteed. Data and information was pulled from the Arizona Regional MLS (ARMLS) as of 4/1/2010 and can change at any time. The analysis looks at resale luxury condos in Scottsdale and Phoenix over the last 12 months. There may be new home inventory in these figures if the developer is using the MLS to market its homes.
Copyright © 2011 Heather Tawes Nelson 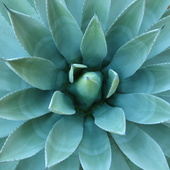