A new bill that would give servicers 45 days to respond to short sale requests was introduced in the in the U.S. House last week. If passed into law, the Prompt Decision for Qualification of Short Sale Act of 2011, would "require the lender or servicer of a home mortgage, upon a request by the homeowner for a short sale, to make a prompt decision whether to allow the sale."

If this sounds too familiar to you it may be because a similar bill was introduced in September of last year but the session ended before the proposal could be heard in the house.

According to the text of current bill, upon submitting the required paperwork, including the contract with potential buyer, if the homeowner "does not receive from the servicer, before the expiration of the 45-day period beginning upon receipt by the servicer of such request and information, a written notification of whether such request has been approved, that such request has been approved subject to specified changes, or that additional information is required for such a determination, such request shall be considered to have been approved by the servicer."  That is pretty aggressive.  Probably too aggressive, although that is absolutely what is needed.  The biggest problem is that the mortgage servicing industry is not set up to approve short sales quickly.  It is too expensive (personnel, office space, equipment) and hard to gauge.

I'm not very hopeful the bill will pass and if it does pass, I suspect servicers will find a loophole in the rule.  I used to get excited when I read stuff like this.  Now I just blog, and move on.  The silver lining is that this bill does prove that there is a true desire to bring change to the default and pre-foreclosure process.

Remember HAFA, the Home Affordable Foreclosure Alternatives program, which was expected to encourage servicers to respond to short sale requests in 10 days or to offer borrowers SSA’s in 30 days?  Somehow these timelines keep getting altered to benefit the servicers.

“The current short sale process can be time-consuming and inefficient, and many would-be buyers end up walking away from a sale that could have saved a homeowner from foreclosure,” said NAR President Ron Phipps

“REALTORS® and consumers continue to raise issues about delays in the short sale process, because lenders are unable to decide whether to approve a short sale. After many months of delays, and with no response from lenders, potential buyers are losing patience and cancelling their contracts, often resulting in the property entering foreclosure. A short sale minimizes the negative impact on sellers and generally costs the lender less than a foreclosure,” said Phipps.

Until further notice, keep fighting the good fight out there.  When servicers are forced to approve, reject, or counter short sales in 45 days or else it would be considered approved, I’ll let you know! 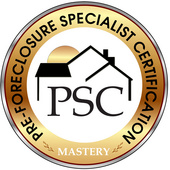