In 1850 Winter Garden was originally scattered farms along Lake Apopka. In the 1880's the railroad stimulated growth and the city emerged as a citrus and vegetable center in the early 20th century. In the 20's, the streets of Winter Garden began to take on certain charm and Winter Garden was the third largest city in Orange County. The population grew dramatically due to the land boom and a new hotel called The Edgewater, constructed in 1927. During the 50's and 60's, the streets of downtown provided entertainment amenities such as a movie theater, a soda fountain, skating, and restaurants.  Today, the population is over 28,440 and according to the Census Bureau, Winter Garden's population will

The City of Winter Garden is home to the West Orange Trail Head. The world class rail-trail travels to the communities of Apopka and Oakland. The 19-mile paved surface trail runs through the City's Historic Downtown and offers bikers, hikers, cyclists and roller bladers a rewarding experience and excellent facilities. In fact, it is estimated that the trail is responsible for generating about 50,000 downtown visitors per month.

Winter Garden is rich with opportunities for all current and future residents, visitors and businesses to work, play, learn and enjoy life. 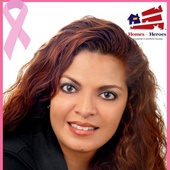