Maybe I should first lay a disclaimer that I am not a roofer.  My late Dad knew how to do a little bit of everything, and growing up on a farm, I was a part of that labor when we put a roof on our own house way back when. Putting a simple tabbed shingle on a straight line ranch is a little different from the architectural shingles going on larger houses with different angles, lines, and dormers.

I wanted to research, and I found that each individual roofer tends to have their own biases, pro and con. I discovered that my "twenty year shingle" doesn't have enought grit left on it to hardly allow one to get traction walking on the roof after only 12 years.

Just like any other products, different installers prefer certain brands. Some swear by the old style, simple tabbed shingle because they contend the architectural shingles "won't last".  Others will say that opinion holds no basis, and will certainly outlast ME! (That argument I probably agree with.)

Some vote for metal roofs because they "won't wear out" while opposers say, the house "vibrates" more than you know, and eventually, some of the nails will "back out" and allow for leaks.

Probably the biggest surprise of all is the wide spread in quotations....not for the differences...but for doing the same thing.  For one quote, I wondered if the person first of all, was going to pay more for the shingles from his buddy's local, independent lumber yard in a rural town (good ole' boys) and just tripled the overall quote, keeping 2/3 for the labor.  I actually saw one quote where the roofer would tear the old, original layer off and start over for less money than another that advocated installing the same quality (30 yr. or lifetime) shingle and overlay on top of the shingles that are already there.  I really don't have to "go figure" on that one.

Thanks for sharing your information. Roofing can be a huge issue for homeowners and buyers. 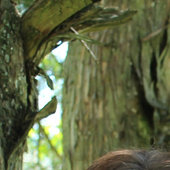