Desirability of the city plays a huge role in real estate prices and how they are affected by the economy. Three cities where this is prevalent are New York, Boston and San Francisco. Although all markets in the country saw a large decline in home value, these cities were less impacted. Demand is still high and prices we begin to rise.

Now, what makes these cites different than others in our country. Yes, they are large and urban, but there are other large urban cities. So we know that is not the reason. Maybe it is because they are relatively coastal cities. Well, Seattle is coastal and Washington DC is relatively close to the coast, as well. So, we know it’s not that.

What I believe is the key reason why these 3 cities stand out compared to all others in our country is they international cities and are filled with ambitious, driven people. This spurs great competitions and we all know competition leads to innovation. People just want to live there. Most have a preference to one of the three and they all have different things to offer.

So remember, if you want to be successful, surround yourself with ambitious people and compete to the best of your abilities.

Just wanted to stop by and let you know about an upcoming AR MeetUp in Roseville:

If you look at these cities the thing that sets them apart is the diversity of their economy.  They do not depend on one industry in order to drive their economic well being.  Take cities like Detroit and Atlanta for example.  These cities depend on a small number of industries for their jobs and are primarily blue collar, not as much entrepreneurial as New York and San Francisco.

Hi Sami, Thanks for your insight and good advise about surrounding yourself with successful people! Have a great spring season. 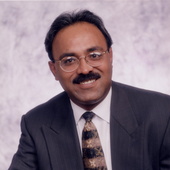