Like:
Home > Blogs > Chris Clothier > Memphis Invest Blog
Last week there was an event that took place here in Memphis that i think many real estate investors and other real estate professionals either missed or failed to really appreciate the significance.  Memphis held a conference hosting other city leaders from around the world to study the effects of becoming a major transportation hub.  Memphis real estate benefits greatly from Memphis' designation as the leader in U.S. transportation and distribution.  During the event Memphis was named as the chosen city for Paris, France to partner for economic, cultural and business ties.  The partnership is expected to have a big impact on Memphis' growth which is great for real estate investing and future values.
As a real estate investor myself and as a partner who works with

real estate investors from around the world, it is music to my ears when I hear about the leadership of our city being proactive in telling the great story that is Memphis, Tennessee.  I have spent countless hours on the road over the past 18 months, talking to investors from coast to coast about the advantages of Memphis as a real estate investment city and how companies like MemphisInvest.com are not alone in turning the city around.  When stories like this one come out, it makes my job easier and makes my investment portfolio poised for growth in the very near future!
Last week, Memphis Mayor A.C. Wharton and Maurice Leroy, French Minister of the City, shook hands on an agreement forging ties between Memphis and the city of Paris if not the entire country of France!
Memphis is the only Aerotropolis in the Western hemisphere and Paris is the only Aerotropolis in Europe which made the two cities perfect partners in seeking to  forge closer economic ties for growth.  With France looking to grow on the world economic stage, the agreement to share business, cultural, government and artistic ties is huge.  A lot of credit has to go the leadership of Memphis for making this happen as previous administrations in Memphis failed to improve the cities image.
This is only the latest in a string of big announcements from the city including the addition of over 5,000 jobs announced by companies like Electolux, Mitsubishi and Tennessee Brewing Company in the last 120 days.
Minister Leroy cited the infrastructure already in place in Memphis as well as his meeting with city leaders as the main reasons Memphis was chosen to help France strengthen its global stand.  The presence of FedEx, International Paper and St Jude Children's Hospital absolutely helped as well.
The deal that cuts international red tape for companies on both sides of the Atlantic seeking

to do business in either America's Aerotropolis or Europe's Aerotropolis.  With an eye toward the future expansion of the U.S. economy and the micro-effect the imporving economy can have on cities, Memphis is in a great position to lead the country in growth and development.  Memphis is the undisputed center of U.S. transportation and disribution and being selected over other major U.S. cities adds to the creibility that Memphis is poised for huge growth and development.
If you are wondering how this helps real estate investors, I will quickly explain.  Investors are purchasing properties in Memphis at prices equal to and often below the pricing levels from 30 years ago.  That is 30 years of progress and appreciation being discounted to today's buyer.
With the economic changes taking place in Memphis and the stronger, unified leadership currently leading the city, property values will absolutely solidify and begin increasing.  As Memphis becomes a bigger player on the international stage and attracts additional companies like the ones already announced, jobs will be added and people will absolutely follow the opportunity.  As the city grows, so does the demand for housing and as demand grows  - value follows.
Memphis is a fantastic investment opportunity as long as you invest with the right companies and in the right locations.  As I always say - Price Does Not Equal Value!!  There are a lot of factors to consider and I hope after reading this, you understand that a company like MemphisInvest.com has its finger on the pulse of the city and can expertly guide you to the "True Value" you are seeking. 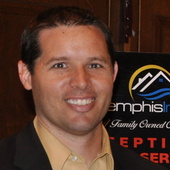