There is so much confusion in the media about the Foreclosure Market in California.  Every other headline is a complete contradiction of the last one.  It is time we all start reading beyond the headlines and look at the numbers if we are going to survive the next 48-60 months of this different market. Note I said" Different" not "Difficult". Every market has a Silver Lining in my over 20 years of experience.  With over 50% of all sales last month being distressed sales as reported by CAR today we all better wakey-wakey and we get our heads out of the sand before someone comes along and shoots us in the tail feathers. REO's are here for the long haul. In another story Fannie Mae reported that their loan modification success' dropped  substantially for the seventh straight month  in a row in March.

Out next real estate prayer may go something like this "Dear REG (Real Estate God) please help me get through this and I promise I won't let my multi million dollar top producer ego get out of control ever again"  Ask the kids say LMAO.

Check the numbers in your MLS and you will be shocked to see that the pendulum is swinging the opposite of what the media leads you to believe.  In my tiny town of Tehachapi population approximately 30,000 we currently have 264 active single family homes on the market of those 58 are REO (45%) and 39 are Short Sales (13%) combined total an amazing 58% distressed properties for sale!  How's your market?

We are scheduling new Workshops in California now and whether you are interested in listing properties for the banks to sell their REO's, you working with a seller or buyer in a Short Sale, or even simply trying to correctly price an open market transaction to compete with what is now a market driven by distressed sales you will want to attend the first segment REO 101 so you can learn how to find and report accurate information, complete a proper accurate BPO or CMA, or you simply educate your buyers and sellers on the next market correction   Check our calendar for a workshop near you at www.silverliningworkshops.com for dates and locations.

Below are some excerpts ripped from the headlines from the last 2 weeks:

"Banks and mortgage servicers, who collect payments for lenders, are taking more time to complete foreclosures because of huge volumes of defaulted mortgages. Other factors include time-consuming reviews for loan modifications and additional delays that followed revelations late last year about improperly filed foreclosure documents in tens of thousands of cases.

Last year, the number of days that the average borrower in foreclosure went without making a payment stretched from 410 in January to 507 in December, says LPS Applied Analytics, which tracks 37 million mortgages. Before the foreclosure crisis, the norm was more like 250 days, says Herb Blecher, LPS senior vice president. "Loans are spending longer in the process," Blecher says.

About 2.2 million homes were in foreclosure at the end of January, according to LPS.

The delays may translate into higher prices in some markets for foreclosed homes as inventories shrink, real estate experts say. They will also push some foreclosures further into the future, meaning they'll weigh on housing markets longer. "There's a trade-off. On the plus side, you trim inventories. But ultimately, these units have to be foreclosed," Christopher Thornberg of Beacon Economics says.

Distressed homes - typically REOs and short sales - accounted for 40 percent of the existing homes sold in March, the National Association of Realtors (NAR) reported Wednesday. The trade group notes that these properties generally sell at discounts in the vicinity of 20 percent. Their large market share served to dampen the median existing-home price. For all housing types, it came in at $159,600 last month, down 5.9 percent from March 2010 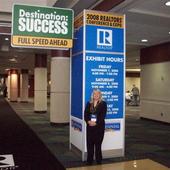