Association (WRA) reported this week that after a strong showing in January, home sales in Wisconsin (statewide) declined in February according to data just released by the WRA. Sales of existing homes fell 5.5 percent in February compared to the same month in 2010. The median home price was down more substantially, falling 13.3 percent to $117,000 over the same period, according to the report. Visit the WRA website to read the full report.

The South Central Region of Wisconsin, including Columbia, Crawford, Dane, Dodge, Grant, Green, Iowa, Jefferson, Lafayette, Richland, Rock & Sauk counties are shown below, and it is clear to see that the number of home sales in April of 2011 significantly dropped from a year ago in April 2010, when the federal homebuying tax rebates were expiring, making a true year to year comparable impractical.

Median Sales Price: The 50th percentile or midpoint of all closed sales, ranked from lowest to highest price, within a defined geographic area for a particular time period, as reported in the various MLS system's operating within Wisconsin.

What is clear is that the state economy continues to improve, unemployment numbers are down from last year, mortgage rates have continued remain low, and The Wisconsin REALTORS® Housing Affordability Index, which shows what percentage of a median-priced home a buyer with the median family income can afford in Wisconsin, was at 255 in February of this year, up from 216 in February 2010. Which means that Wisconsin residents who meet the median family income in WI, can afford to purchase a home priced 225% higher than the median home price which is currently $149,900 for WI state wide or a home in the price range of $337,275.  So,It is hard to imagine housing in Wisconsin being more affordable than right now, especially if the upward trend in mortgage rates continues which will decrease their affordability index and their home buying power.

Pamelyn, from a glance it looks like a setback, but you have mentioned a key point about last year's tax credit frenzy skewing the comparison to last year. 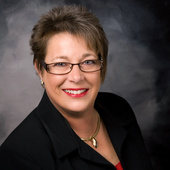