Today, we lost one of the original  Washington Redskins Cheerleaders... Anne Cameron.  Anne was a part of the first group of ladies who performed, as professional cheerleaders, for the Redskins at RFK Stadium on September 30, 1962, when the first squad known as "Redskinettes" took the field... donning Indian uniforms...

The Washington Redskins Cheerleaders organization.. has a long history... previously known as the "Redskinettes" they have been performing at Redskins home games for over 40 years.....  In 1997 the Redskins organization wanted to update the squad, renaming them "The First Ladies Of Football" adding a sleek new look to their uniforms... and creating a group that would travel the world entertaining our military with the U.S.O

I was a proud member of the squad for five years, I was particularly proud of our legacy.. and have been an active member in our Alunni Association, The Washington Redskins Cheerleader Alumni Association (WRCAA),since I left the Redskins.  The WRCAA,  which was founded in 1984, is also one of the first organizations of it's kind... since inception professional NFL Cheerleadering squads have been following in our footsteps, forming their own alumni organizations.

Anne was an active member of the WRCAA,participating in events and performing with us at the Alumni half time shows... I always enjoyed spending time with the women who were there when it all started.... she will be missed... :)

Thanks for sharing the story of the "First Ladies of Football." 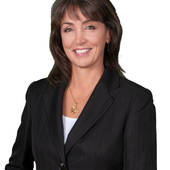