Austin is constantly being ranked as one of the top cities to live in or move to. As the Austin economy and available jobs continue to rise we should also see a nice increase in Austin Texas Real Estate.  With big companies deciding to business in Austin, like Facebook, Samsung and the upcoming F1 track opening in 2012, this is the perfect time to check out some Austin Texas homes for sale and buy your piece of the incredible town.

The Dallas-Forth Worth area saw an increase of 69,000 non-farm jobs over the last year and Houston had an increase of 51,800 jobs added between March 2010 and March 2011.  Texas as a whole has fared pretty well which is why a lot of people are searching for homes in Texas and Austin Real Estate.  We've pretty much been the last and lightest hit by this little depression and first to come out.

On the national level it appears that the country's job market is beginning to recover as well. From March of last year to now 75% of the top 100 major job markets have seen a rise in employment. 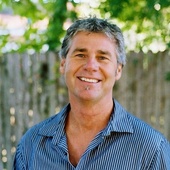