Pending home sales jumped 5.1% in March, according to a National Association of Realtors report released Thursday morning. An index that measures the number of contracts signed to buy previously owned homes in the U.S. jumped 5.1% in March month-over-month to a reading of 94.1, from a downwardly revised reading of 89.5 in February. The figure remained 11.4% below year-earlier levels. Economists had expected the figure to rise 1.7%. Pending home sales are viewed as an indicator of future home sales since they reflect contracts -- not closings -- and generally occur with a lag time of one to two months. Data released on Monday showed that new-home sales jumped 11.1% in March to a seasonally adjusted annualized rate of 300,000 units, a bigger jump than expected. March's new-home sales figure remained 21.9% below year-earlier levels. Last week the National Association of Realtors reported that existing-home sales rose 3.7% in March to a slightly better-than-expected seasonally adjusted annual rate of 5.1 million units. March's rate of home resales remained 6.3% below year-earlier levels, and 24.8% below the cyclical peak of 6.49 million units in Nov. 2009, which was the first month following the initial deadline for the first-time homebuyer tax credit. The homebuilder sector is well off its late-spring peak, when buyers were rushing to take advantage of federal tax credits for homebuyers, and is only slightly higher than at the beginning of 2010. Whereas other sectors have begun a rebound in earnest, the housing sector continues to lag. The SPDR S&P Homebuilders(XHB_), an exchange-traded fund that tracks the homebuilder sector, remains around 60% off its peak of $46.08 in early 2006. The iShares Dow Jones US Home Construction(ITB_) ETF remains more than 70% off its peak of $50.10 in the spring of 2006. Even so, homebuilder stocks higher were mixed Thursday morning. Among individual builders, PulteGroup(PHM_) rose 3.9%, D.R. Horton(DHI_) added 0.9% and Lennar(LEN_) gained 0.1%. Small-cap Beazer Homes(BZH_) was higher by 1.7%, while laggards included Meritage Homes(MTH_), down 4.1%, and Ryland Group(RYL_), lower by 3.8%. 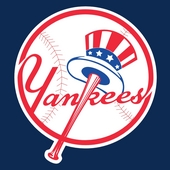