"Coming off of the 2009 lows, commercial and multifamily originations increased by a strong 44 percent in 2010," says Jamie Woodwell, MBA's Vice President of Commercial Real Estate Research. "Low interest rates coupled with improving economic fundamentals have the potential to draw out even more borrowers in 2011."

Fannie Mae, Freddie Mac and FHA, collectively, were the largest investor group in 2010, responsible for $42.8 billion of the total and followed closely by life insurance companies and pension funds at $30.6 billion. In terms of property types, multifamily properties saw the highest volume, $48.9 billion, followed by office properties with $22.6 billion of originations. First liens accounted for 92 percent of the total dollar volume closed.

Lending for office properties had the largest percentage increase in originations by property type, followed closely by hotel/motel properties and retail. Year-over-year changes are based on the changes in volume among "repeat reporters" that participated in both the 2009 and 2010 surveys. 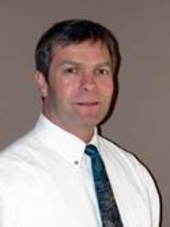