One of life's greatest rewards is the ability to convert what you have learned into action.  Like many real estate agents and brokers, I too was lured into the thought process of, "You never know, you may just get that one person who wants to buy that house, no matter what the price."  Not being a gambler, I must admit that the odds game had eluded me until a little over a year ago.

The Bahamas real estate industry is continuing to evolve and we are now in the 3rd year of having a MLS.  Yes, you heard right, we've only just recently gotten a MLS.  Imagine how difficult it was to price property before!  I digress.  Over the last dozen or so months I have begun using the CMA function of our MLS to create a credible and sellable report that helps sellers understand what price range their property should be marketed in.  Too often, sellers will look at their competition to see where they should price their homes, and we all know how that goes.  However, in fairness, they don't have access to other important data, such as expired (market rejected) listings and listings that have sold.  In addition, they don't have a means to really compare each home side by side.

I recently completed a CMA for an absolutely beautiful ocean front home in eastern New Providence (Nassau).  I had asked the owner to give me an idea of their asking price and then I went to work.  When I completed my report I realized that, although their pricing wasn't that far off, I felt it was my duty and responsibility to give them my recommendations for pricing and the rationale behind those recommendations.  After a somewhat lengthy conversation with owner, one in which I wasn't able to convince them of my pricing strategy, I recommended that they not list the home at this time.  There was a long pause on the other end of the phone and then, "Can you repeat that last part?"  "Which part?", I said.  He continued, "The last part about listing the home."

As I continued with my explanation, I could feel the astonishment over the phone.  That's right, I told him that if his price was what he needed to make it worth his while to sell, and that if his motivation wasn't such that he needed a sale in the next 3-6 months then he would be better off not placing the home on the market at all.  I could tell he was blown away, and in a good way!  He was being told, by a professional who makes his money from selling, not postponing, that he should postpone listing the home until the market improves to the point where his asking price and the market demand are more aligned.  Further, by not listing his home for another 4-5 months, he will give his home the benefit of being "NEW" to the market later in the year rather than "STALE" to the market at that same time.  I truly believe that I did, and will continue to do, the right thing; that is to guide sellers according to market conditions, set proper expectations and promise results that I can deliver.

In a secondary home/discretionary area, this is a very smart move, indeed.   Well done, you!

Zack, this is a really great post. This has a lot of really good information and a lot of great thoughts. Good job and thanks for posting.

Zack, Right on.  It was great that you had clients that were reasonable and had the ability to place their trust in you.

Zach,  good post, and good truthful information to the seller.  They have to understand that we just interpret the market, we do not "set" the pricing.

Not every agent has the honesty and professionalism to tell a potential client that they're better off waiting to list if they're expecting a certain return on their investment. Good job!

You always have to ask why they are wanting to move.  In 2011, if the motivation is not there to do whatever it takes, you are wasting your time.

Zack, well done! Its better to be truthful up front and pass on the listing. Good job!

Zack, you did the right thing.  There's no point in being the listing agent on properties that won't sell before they go stale.

I do the same thing, tell people not to sell when it's in their best interest not to, because that's what we should all do as professionals.  You did the right thing.

It's that kind of behavior that will lead to success without limits.

Zack, this is an interesting post. Nice job. But you left out what his response was.

Excellent advice Zack,  Other than the seller's astonishment, I am curious to the response as well.  No doubt, you set yourself apart from the other agents.  Good job!

I think you have done a great job and I hope that guy calls you back to list the home for sale!!

This is very good advice under certain circumstances.  Being honest about it is the best way to be.. Although many an agent will find a reason to list for no good reason....Honesty is the best policy - but I do find myself beaten  out by those who will tell people what they want to hear.

In our area - if you are moving up - it is a good time because you can lock in a low rate and although you won't make as much - the low rate and low price on your new home will make up for it.  For those scaling back.  Unless they really HAVE to move - they should wait.  Most will be buying with a lot of cash so the interest rates won't be such an issue - and they lose more than they will save on the purchase.

You handled this as a true professional and you undoubtedly will reap the rewards in the future.

Kudo's Zack!!! Most would not have taken that approach.

And then he listed with you at the well-documented list price you suggested, Zack, right?  I've had potential sellers go both ways but I agree you did the ethical thing.

The opposite of what one would think but it appears it was the right thing to do at the time.

Good call, Zack.  Will the market really be better that soon? 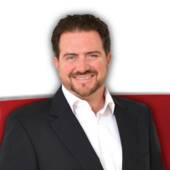