The BCREA report indicated that residential sales in the province climbed 11.5% on a seasonally adjusted basis in March 2011 from a year ago in March 2010.


The total BC residential MLS sales of 8,600 units in March 2011 were substantially supported by home sales in the Greater Vancouver and Fraser Valley real estate markets.

"Vigorous consumer demand drove Greater Vancouver to its most active March since 2004, while the Fraser Valley had its strongest March in four years. Conversely, sales activity in other BC markets is expanding at a pace more in- line with overall economic growth," said Cameron Muir, BCREA Chief Economist.

According to the BCREA, residential sales dollar volumes in British Columbia increased by 21% to $11.14 billion in March 2011 on a year to date basis compared to the same period last year, which saw a figure of $9.22 billion in 2010.

"We continue to observe a two-speed market in BC, with surging consumer demand in Metro Vancouver overshadowing more moderate demand in other regions," added Muir.
For more information on the North Vancouver real estate market, please call me, Marco Pontillo at 604 551 8986

Do you know of anyone that would like to invest or live in beautiful British Columbia, Call me today for fantastic referal fees : Marco Pontillo North Vancouver Real Estate Specialist

Thank you for reading, from your local realtor   Marco Pontillo Marketing Properties on the North Shore 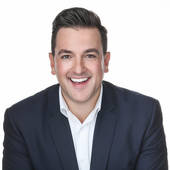