As an incentive to stimulate home building and add jobs, the Valparaiso City Council voted Monday, April 25th to waive three building permit fees thru October 2012. The waived fees include the permit fee, sewer connection charge, and park impact fees.  The waiver is an effort to lower the cost of home ownership and move some of the approximatley 1,100 vacant buildable lots within the city.  Only 32 building permits were pulled by builders in the year 2010.

The move should come as good news to many affected in the challenging economy including new home buyers, area developers, builders, subcontractors, and building supply stores. It should help to reduce the barriers to entry, and lower the ultimate cost of home ownership.  The City of Valparaiso reportedly has a strong financial position, and feels the incentive is important for job creation while maintaining relatively low tax rates for residents. 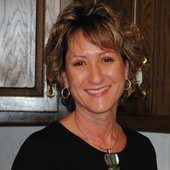