You may have heard the term “sewage backup” but not know exactly what one is. A sewage backup can also be referred to as raw sewage, sewage sludge or septic tank waste. All of those terms are equally gross sounding, but they do not alert you to the serious dangers involved.

Septic tank waste is basically a mix of murky water that contains of variety of unpleasant things such as wastewater from your household, organic waste, solid waste, human excrement and debris. All of these things are hazardous to your health, but human excrement brings the highest risks as it contains micro-organisms such as coliform, fecal coliform, Escherichia coliform and Enterococcus.

Exposure to raw sewage can result in several illnesses. E. coli is a bacteria that is commonly found within human and animal intestinal tracts, but is very dangerous outside of the intestines. Someone who comes in contact with E. Coli can develop severe diarrhea and abdominal cramping.

Weil’s disease has been linked to contact with raw sewage. This disease involves symptoms of Gastroenteritis, jaundice, fever and severe headaches.

Physical contact is not the only way sewage backups can harm you. The air around the sewage backup can become infected; meaning simply breathing near the hazardous waste can be dangerous. By inhaling the fumes you put yourself at risk of contracting Gastroenteritis, which is a virus found in human fecal waste. You may also develop occupational asthma, which involves being short of breath, a tight chest and severe wheezing. These fumes are often released during the clean-up process, which is why it is so very important to hire a professional to deal with the raw sewage and stay clear of the area until it is declared safe.

There are 3 main ways for someone to become infected by the micro-organisms present in a sewage backup. The most common is simple hand-to-mouth contact. This involves touching the bacteria and then eating, drinking, smoking or some other activity that involves touching your mouth with your hands. The second way is through the air. One can breathe in toxins or even particles of infected dust. Once breathed in, the micro-organisms can attack the respiratory system. The third way is through skin contact. Once one has touched the contaminated particles, the bacteria can enter the body through scratches, cuts, eyes, nose and mouth.

Due to the sensitive nature of sewage backups, it is imperative that you do not try to handle the situation on your own. Trained professionals are well informed of the dangers and know how to protect themselves from the health risks while they clean up the mess and make your home safe once again. It is important to stay clear of the raw sewage until the professionals tell you it is safe. Executive Restoration provides sewage clean-up services and can be contacted at (704) 545-0098.

I live on the ground floor of a 3 story apartment building in a small city. Within the past 3 years there has been 15 - 20 sewage backups, resulting in raw sewage coming up into my bathtub!! The other 3 apartments have overflowing toilets instead. My landlord has a plumber come in to snake the drain & blames the backups on flushed feminine products & baby wipes. Sometimes this happens 3 - 5 times in 1 week, even 2 days after snaking! We all have to do our own cleanups. After reading the above article about all the dangers, even with inhalation, I am very worried because it's just a matter of time before it happens again! Recently our local News ran a story about the antiquated sewage system in my town & warned of backups. I have no moving option. I clean by scrubbing the tub with straight clorox & hot water. I hope that's sufficient! Do I have any legal options or must my young grandson & I continually be put at risk??

There is a great group on Face book called: mold inspectors, mold remediators and more!
you might want to check out this group.
They talk about everything you can imagine.
Take care,
David
Snell

I work at a place that sometimes exposes this raw sewage to myself and many more people. What can I do to protect myself?

check out a platform that has really helped me and others called restorationboard.com

I have a raw sewage smell everytime the guy upstairs takes a shower. Landing won't fix it, he terminated our lease. It smells horrible everyday, and we're feeling ill. We can't afford to move. Any advice?? Thanks

Another resource center that has helped me and so many others is called:
RestorationBoard.com
It is free and I love it.
David Snell

I have 3 kids my partner and myself in a bsmnt suite. There was a big flood of urine and and human feces. A thick blanket of it in the furnace room. The manager left it to sit about four days and the smell filled the entire bsmnt for days. He told me on the fifth day that a professional came and cleaned all of it up. All it looked like was that someone scraped off the top layer and just left it like that. No sanitizer was visibly used. Because of not knowing that we were not supposed to be inthe suite i brought my kids back in. Weve all experience headaches and weezing. Tigtness in the chest. I have a headache as i write this. And my throat feels like its closing up. Any advice? Should we get out of here. And who do i talk to about this?

my school has a sewage backup and we're sitting through it...haha yes

About one block from our house, the city is experiencing sewage back up. This has been going on for months now, there are 3 or 4 houses closer than I am and an elementary school with over 500 students 1 1/2 block away. The city trys to drain it everyday to keep it from going into the street, but the smell is horrible. I know this is making me sick, my stomach is always upset and always have a runny nose. The city has received complaints but nothing is done about it. What can I do about this.

Can u get sick by breathing in fumes through heating vents if the sewer waste is in basement?

My husband and I, with our 4 kiddos will be moving out of our house in about 3 weeks. My husband flushed a couple baby wipes in the downstairs toilet.... now the sewage is backed up into the toilet, shower, and in the "grinder pit" (a.k.a.) the hole in the floor where all our human waste, shower water, and sink water collects to a certain amount that'll cause the pump to to kick on and suck all the sewage up, and out to the sewer line outside the house. The smell is horrendous!!!!! Are we in any kind of danger breathing in the fumes for such a small amount of time?

What do you drink or take to clean out your body after working in waste water on a daily bases ?

My neighbors and I share an alley. Our AC unit is on the side facing the alley and their house. Our sewage pipes were done in the 50’s and not laid with a slant down. So, about once a year we have to have our sewage pipes jetted out with high pressure water. This is the second time we ate breathing in the fumes of our neighbors backed up sewer. Code did something to help fix and clean the situation a couple years back but say there’s nothing they can do because it’s not on our property this time? Either we breathe in their sewer fumes all day or our home can hit 100 degrees. Somehow I don’t see them taking in that kind of s*”t if it was their family at code.

Broken sewer line in my trailer park and near my back door.since June of 2018.flowing under my trailer.smells bad .is it dangerous?

my father-in-law purposely rigged my sewer lines..when I left for few weeks and recently I started to smell the sewerage from my kitchen sink real bad when I wash dishes or brush my teeth.. now I've become sick from it.headache dizziness throwing up.etc..can I get worse if I DNT see medical attention

I had a sewage overflow in my bathroom caused by faulty pipes in my building. Plumbers fixed the plumbing but I was left to clean up. Now I’m feeling sick; sore throat, exhaustion. I’m 71. Could this be caused by me cleaning the raw sewage? And Dangerous is this for my health? 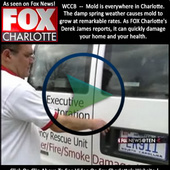