Like:
Home > Blogs > Molly Heyen > A Day in the Life of a Real Estate Agent's Assistant I've come across the same problem a few times while creating lists. Sometimes they don't show up on the drop down where you can assign someone to a list or create a new one. Just refresh the page. You may need to refresh multiple times. I guess there is a little bug. When I was setting up lists for the 184 people we follow in our real estate business I just wrote down the names of the 20 or so people I could not add to a list immediately and came back to them a day later. The second time around worked like a charm!

A little about myself:
If you've been following you will remember a few posts ago when I mentioned that I would soon be a race car driver and that I would explain later. Yesterday my husband and I took an all day class with Hooked on Driving where we learned performance driving and how to take our car to its limits. We are beginners, so we didn't get it to it's limits, but one of the instructors who is a race car driver did. It was an awesome day! We will be going back again and again. Thank you Molly....... I appreciate your Twitter Tips. I'm known as RealEstate101. Look me up sometime. Thanks for the post. I am subscribing to your blog so that I can come back and study this writing more carefully.

Thank you David. I'm glad you found this helpful. I've only been working with Twitter lists for about a week, but they have immediatly made using Twitter far more effective. Thank you for following my blog.

May 04, 2011 04:36 AM
LIKE
#2
Show All Comments
Older Post Newer Post
Back to Top
Generate More Leads from this Listing
With a Trulia Pro Account
Learn More
Find what you need?
See More Blog PostsAbout Real Estate! SEE MORE NOW!
Rainer
76,188 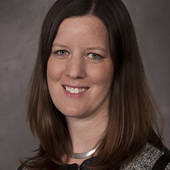