We've all heard the cliches about real estate agents not earning their commission, how they barely work or just unlock doors to let people into homes. The truth is that I even perpetuated some of those stereotypes as a young and inexperienced appraiser!

When I started as an appraiser my boss would always say that the LO's were the most difficult part of the business because all they wanted was to get the next deal done at any cost. I would always remind him that the real estate agents were even more difficult because they just opened escrow and then let everyone else do the work while they collect the commissions.

Believe me when I say that I have since learned that agents, Realtors, and Brokers do far more than that, and in most cases have to wear more hats than anyone else in order to do their job well. Over time as an appraiser, I realized that agents were pulling the strings to keep deals together, being creative and professional at the same time, and having no guarantee that all the work and stress would actually reach fruition with a closed sale at some point in the near future. And that was when times were good, when credit was easy and houses were selling like hotcakes!

In this current market of tight underwriting requirements, REOs, Short Sales, and high unemployment it has become increasingly obvious that any transaction is lucky to close at all. This really hit home recently as the Broker I work with struggled to keep a cash buyer in the saddle while the tenants who were related to the seller kept pushing back the move out date.

I've always thought that cash buyers could pretty much have what they want, quick escrow, easy terms, and their choice of homes. Not so much as it turns out! This particular buyer went through the paces of making offers on a couple homes, sometimes to be completely ignored by the seller because they thought the price was too low.

Once they settled on this 'tenant occupied' home, I thought they would sail through the process. Unfortunately while every effort was being made to remove the tenants (who sometimes thought they should have the same rights as the owner because they were related, and other times expected to be treated like actual tenants) we also discovered a lein on the property due to a bad business deal the seller had been involved in.

Between the occupancy and the lein, the buyer nearly walked away from another property but through creative cajoling, sincere words, and giving the selling agent some instruction, the sale did finally close. All of this was done with professionalism by our Broker.

Watching transactions like this come together makes me very glad to be doing what I am doing, and excited about the future and having opportunities to overcome these types of obstacles soon!

I do not think that being an agent is easy at all. You have to work so hard these days to put a deal together and see it close.

I've posted on this just recently and got featured.  Realtors have more patience than I'll ever have.  Good post!

How about that dig about LOs?  Just kidding.  We have all been guilty of undervaluing the other players in a real estate transaction at one time or another.  The truth is that we all have an important role and couldn't perform our jobs without the players in the game.  Let's face it....none of our jobs are easy in this market!

It's great to have a bigger perspective on the business. I love how the photo is raining money. Oh how I wish that was the case. Right now I think it's raining bills, ha ha!

Hi Melissa-My learning curve has been steep lately, I had no idea how much I didn't know!!

Larry-I missed your post when it was featured but just checked it out and it definately deserved the feature. Great work.

Liz- I noticed how those lower price ranges are gobbled up by investors too. I think some cash buyers are suprised to find out that there are many other cash buyers to compete with.

Hello Melinda-That was my bosses dig, I swear! :)   You're absolutely right though, as an appraiser I always felt undervalued, even while I discounted the work of others in our industry. Experience and maturity surely do change our perspectives over time.

Thanks for all of your comments!

Everyone in the Real Estate Industry has to work hard to be successful.  There is no easy money here.

Hi Elisa- I swear that is what people think this business is. In my appraisal business it was always juggling a consistent amount of monthly bills with a revenue stream that was incosistent at best!

Hello Stella-That is the truth, no easy money.

Andrew - Even the ones that look easy just aren't necessarily so these days.

Hi Christine, That is exactly what I have been learning! 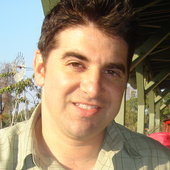