A question that is not often asked by new buyers is, “what is the difference between a townhome and a condo”? Quite honestly, I am not sure why more people don’t ask this question because confusion seems to exist, even among some appraisers and new real estate agents.  There are differences between the two types of housing and they do matter.

For the most part, and without getting too complex, the difference between the two is how the real estate is titled and therefore owned. Two common ways to own a property is Fee Simple (owning land) and Condominium (owning defined space).

Not always, but generally, a condominium is titled a "Condominium." This means that the owner of a condo owns the insides of an individual unit and that all home owners of the development have an undivided interest in the structures and land outside of the individual units.  You own defined and "mapped" space but not actual land.

Townhome ownership in Utah is generally titled "Fee Simple," just like a single family home. This means, that in most cases, the owner of the property owns not just the insides of a unit but also the exterior.  An owner also owns the land under their townhome, including any land on the recorded plat that may include a small front or rear yard.  Additionally in a townhome, an owner has an undivided interest in common areas, just like a condo.  At Park’s Edge we sell townhomes and the owner has Fee Simple title.

When talking about structural differences, a townhome shares only a common wall with an adjoining home. Whereas a condo might share common walls, common floors/ceilings with someone above or below, like in a hotel.  What this can lead to, if the construction is not done properly, is sound issues for the home owner.

As an aside, common walls and floors have a rating that measures sound transfer (STC) and the higher the number the lower the sound that gets transferred.  A Park's Edge common wall has a STC rating of 72 (see Park's Edge video for detail), which blocks nearly every sound.  Most new construction, built to today's Code, have a STC rating of 50 which stops only 62% of all noise--definitely something you want to find out when looking!

Given the current financial climate it is very difficult, in some developments impossible, to finance a condo.  Whereas, a townhome has access to the same loan products as most single family homes.  This is due to banking regulations, HUD, and restrictions put in place by Fannie May and Freddie Mac, who control the secondary market for loans.

I would recommend buying a townhome if marketability and financing are an issue.  Even as a cash buyer, a townhome is more marketable when you go to sale someday.  More buyers will have the ability to access financing that they won't have with a condo.  Consequently, many condo developments have been stopped because there is no way for potential buyers to purchase.

Finally, there are no advantages to owning a condo over a townhome.  From the outside, both types of communities may look the same, but they don't live or function the same, especially when it comes to financing.  Remember, you also own good old terra firma when you own a townhome, a nice thing to have!

Thanks for the post and information. Have a great day.

Know that the definition of a townhouse is not the same in every part of the country....here it means a two story side by side sturture....which can be a townhouse style condominium.

Mandy, I do see this in the insurance field.  Condo owners typically have an HOA that pays for groundkeepers and the outside of the dwelling.  The rate is usually less expenssive because you are only covering from drywall in plus personal property.  A Townhouse you most often have to cover the dwelling to rebuild from ground up and the personal property.  Both are not expensive to insure but the one thing most people do not know is water/sewage backup is not covered automatically, so please find out if your policy covers the NUMBER ONE LOSS in Townhouses and Condos!  It really helps if you have someone to turn to when protecting your investment.  If you have a need for insurance in California please visit my website at www.vancebroker.com or call me at (858) 436-7999. 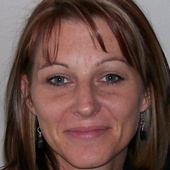 ActiveRain Community over 11 years ago
bookmark_border
Buyer's Agency and When Do You Pop the Question?
View more Recent Posts   arrow_forwards