Home > Blogs > Kim Novak > Finding Home in Utah Blog
bookmark_border
Soapbox: "A thing that provides an opportunity for someone to air their views publicly."

I read an article earlier today that made me gasp (which in the new vernacular means that it was compelling enough for me to hit the "share" button and comment). The US Government has filed a lawsuit against Deutsche Bank. That's the good news. The bad news is that it involves $1.274 BILLION that HUD - that's us - has paid, or in the process of paying, this ONE bank, for bad loan insurance claims.

The heartbreaker is that this is really about bailing out a bank, not for mortgages that it originated (which would legitimize the HUD compensation), but for a bad investment decision Deutsche Bank made in 2007 when it bought a subprime/Alt-A lender, MortgageIT.

How did a lender who "specializes" in subprime/Alt-A mortgages EVER get approved to originate HUD insured loans? From my brief internet foray into researching MortgageIT, it doesn't look like they did. They simply bought HUD backed loans from "small to mid-sized banks, credit unions and mortgage bankers" to enhance the marketability of their own portfolio. The one that Deutsche Bank bought off on.

Kim, I had a REO from them and when I called them, they said they did not have any loans, they only serviced them. I could not get ANY information from them other that to call yet another number.

Thanks for the post, Kathy. I think that one of the most valuable things we can do for each other, as real estate professionals, is to share our experiences! Then we, in turn, can provide better guidance for our own clients.

Well, at least we know what they’re doing with all of our HUD checks. 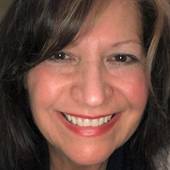