I got a short sale listing from a seller that lived out of state early this year.  He had relocated because of his job, and had rented his home to some college students that stopped paying the bills... and the rent.

My seller really is a nice guy, and wanted to make sure that the property was being maintained and was secure because he was not in the area so the bank stepped in early to secure and manage the property.  Right off the bat they changed the locks and I had to wait 3 weeks to gain access to the property because they gave me the code to the lockbox, but they didn't leave the key!  I called the bank about not being able to show the house.  The preservation company tried to blame my seller for taking it, when he lives halfway across the country! No one bought it...

They also turned off the electric and placed a sticker on the door that said the breakers were all to remain in an off position.  Total "bring your flashlight" showing conditions.

What I guess they don't understand is that when you have a property in the Midwest without electricity,  your basement is going to fill up with water faster than the bottom deck of the Titanic, and just like clockwork, when I contacted the bank about the damage to the property (3 inches of sitting water in the finished basement)... the preservation company denied that the property has ever been without power.  LIARS! I have shown the property to my own clients in the dark.  I also have the preservation company sign-in sheet that shows the exact week the damage occurred.  The week of our heaviest rainfall of the season on April 20th!

The homeowners insurance won't cover a claim for damage to the property, when it was clearly negligence on the part of the preservation company that led to the damage.  This damage has now caused the home to be uninhabitable in it's current condition.  It's also eliminated the possibility of a buyer qualify for a purchase with an FHA loan.

The sad thing is, it's not the first time this has happened in recent months.  Last month the bank secured another property I have listed, and they did the same thing... thankfully we found out about it right away and there was no damage done to the property, but I just don't understand the logic of disabling a sump pump in a home with a basement in the spring???

Julie...what a crazy story.  Insurance wouldn't cover it, but the idiots who authorized this should.  As an attorney....just my .02 cents!

Julie, this is a story that is really hard for me to accept, and I'm not even involved. If I were the sellers I would be absolutely livide!

Thanks Larry.  I provided the bank these photos as evidence that it is their practice to follow this procedure, and I believe they are going to hold the preservation company liable, which should help me get this house sold...  if it weren't for these photos, we wouldn't have a case.

That's exactly how I feel Vicky!  It's bad enough that we have so many damaged REO properties on the market dragging down home values, but now we have professionals devaluing homes too?!  I'm fighting hard on this one... for my efforts thus far, and for my seller... and his neighbors!

Oh Julie - That is sad!! How tragic & frustrating for the owner who is in another state... 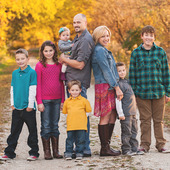